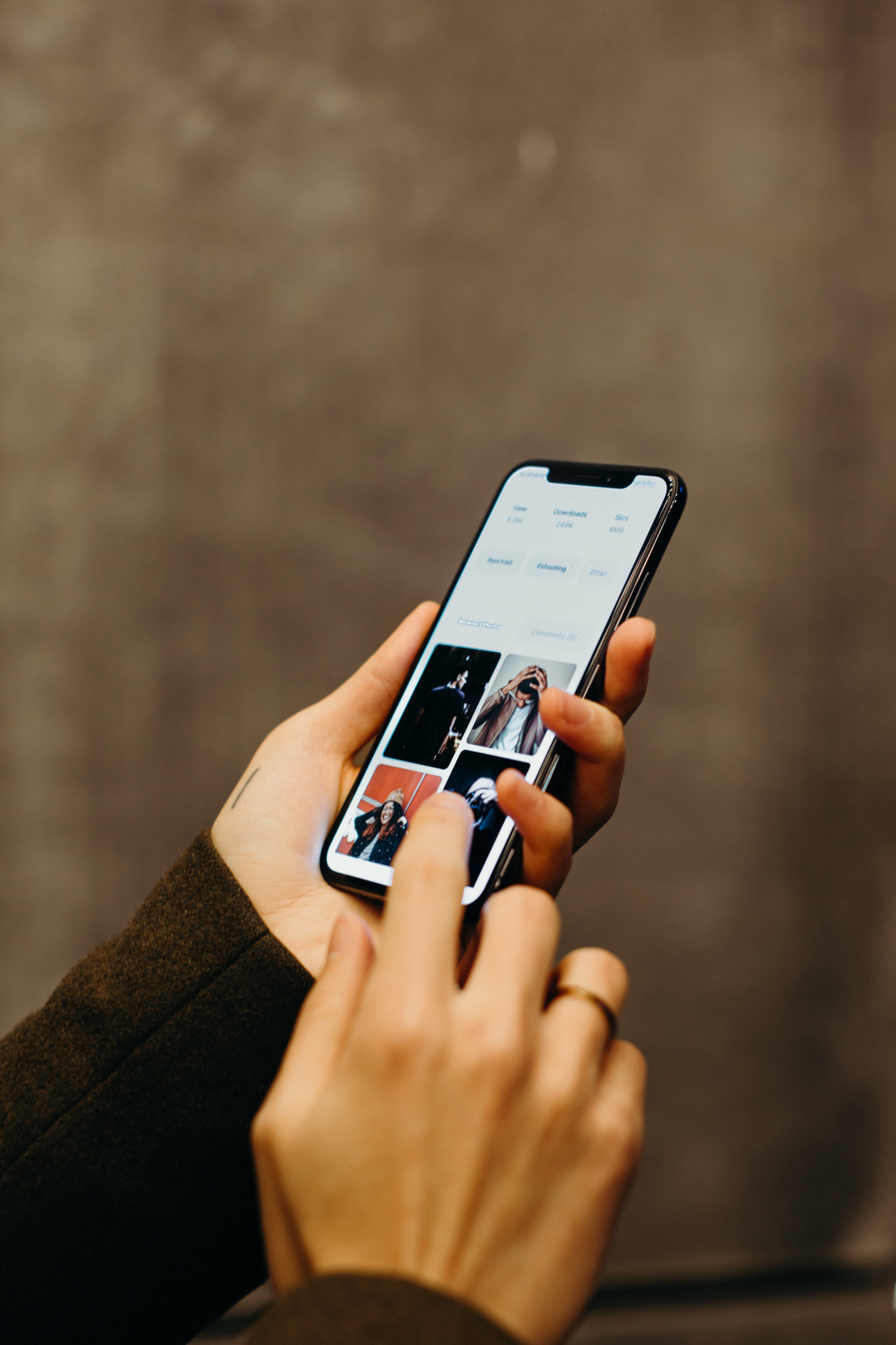 Here are a few reasons to NEVER use a cell phone:

Damage to you. In animal experiments, even a single two-hour exposure to a mobile phone, at low power, destroyed up to two percent of the animals’ brain cells: Salford et al., “Nerve Cell Damage in Mammalian Brain after Exposure to Microwaves from GSM Mobile Phones,” Environmental Health Perspectives 111(7): 881-883 (2003). This means that everyone who uses a mobile phone has some brain damage, and that keeping the phone away from your head does not protect you.

Damage to your neighbors. Even if you don’t feel pain from your mobile phone, many people do, including neighbors, people you pass in the street, and people you stand next to in line at the grocery store, or sit near in a restaurant or theater. For many it is torture. Making sure you are alone does not help, because every time you make a call, the nearest cell tower turns on a channel just for you and irradiates your entire neighborhood just so you can make a call.

Damage to birds and insects. Even a single ten-minute exposure to a mobile phone brings metabolism to a complete standstill in honeybees. They can no longer metabolize the nectar they drink from your flowers, and in the midst of plenty they die of starvation: Kumar et al., “Exposure to Cell Phone Radiations Produces Biochemical Changes in Worker Honey Bees,” Toxicology International 18(1): 70-72 (2011).

Damage to the Earth. If you expect to ever be able to use your cell phone, even in an emergency, the entire planet has to be filled with cell towers. You cannot expect to be able use your phone wherever you go without the entire wireless infrastructure of the planet being there, torturing people, killing wildlife, and sterilizing the Earth.

SpaceX launched another 58 “Starlink” satellites on June 13, bringing the total number of satellites it has in low orbit in the ionosphere to 538. SpaceX’s next launch of 60 satellites is scheduled for June 23.

At this rate of launching, SpaceX will have about 840 satellites in orbit by the end of August, and will begin what it calls “beta testing” of the satellites at that time. This means SpaceX will distribute user terminals to some people in Canada and the United States, including Alaska, and begin operation of its fleet of satellites on a trial basis. The Starlink website already has a form for people to apply to be beta testers. If you fill it out, you receive an email from SpaceX telling you that “Private beta testing is expected to begin later this summer, followed by public beta testing, starting with higher latitudes.” Based on this information, I expect the heaviest impact on health and environment to fall initially on the northern United States and Canada.

I am reaching out to everyone who has a connection to Elon Musk, his family, or his investors, as well as to scientists who should understand what it will mean to pollute the source of life’s energies with billions of electronic pulsations: doctors of oriental medicine, doctors of Ayurveda, and practitioners of qigong.

Please contact me if you can help in any way. Those interested in learning about the connections between the ionosphere, the global electrical circuit, and the life force are urged to read my 2018 article, “Planetary Emergency,” and chapter 9 of my book, The Invisible Rainbow: A History of Electricity and Life (Chelsea Green 2020).

UPDATE ON OUR FEDERAL LAWSUIT

On December 21, 2018, I organized and funded a lawsuit against the City of Santa Fe, New Mexico; the State of New Mexico; and the United States of America, to restore the constitutional rights of the people of the United States. These laws, and laws like it all over the country, effectively mandate the placement of antennas on the streets and sidewalks in front of homes and businesses, while depriving injured people of any means of protest, or any remedy for their injuries.

the First Amendment Right of Freedom of Speech;

the First Amendment Right to Petition the Government for Redress of Grievances;

the Fifth and Fourteenth Amendment Right not to be deprived of Life, Liberty or Property without Due Process of Law;

the Fifth and Fourteenth Amendment Right not to have property taken without Just Compensation.

On May 6, 2020, the District Court dismissed our complaint, and we immediately filed an appeal in the Tenth Circuit Court of Appeals in Denver. Our opening brief in the Court of Appeals is due on July 13. The case is Santa Fe Alliance for Public Health and Safety et al. v. City of Santa Fe et al., Case No. 20-2066.

In previous newsletters I reviewed information indicating that the pandemic that has shut down the world is not due solely to a virus but is in large part caused by the tsunami of wireless technology that is smothering this world. China rolled out 5G two weeks before the first known cases of COVID-19 appeared. Iran rolled out 4G-LTE two weeks before the first cases of COVID-19 appeared. The Diamond Princess cruise ship had 5G on board. Most of Africa has no 5G, and little or no COVID-19.

COVID-19 patients do not just have lung damage, they have lost their sense of smell, they have headaches, dizziness, nausea, digestive problems, abdominal pain, diarrhea, vomiting, muscle pain, tachycardia, hypotension, cardiac arrhythmias, hypoxia, coagulation disorders, strokes, and seizures, which are all classic effects of radio waves and not a respiratory virus.

In the last two weeks more evidence has come to my attention indicating that the shutdown of society, which has spread, incredibly, to almost everywhere on earth, is based on a story that is complete mythology:

On June 8, Dr. Maria Van Kerkhove, head of the emerging diseases unit at the WHO, told reporters at a press conference that people without symptoms do not spread COVID-19. “We have a number of reports from countries who are doing very detailed contact tracing. They’re following asymptomatic cases. They’re following contacts. And they’re not finding secondary transmission onward. It’s very rare,” she said.

Prisons should be death traps, but they are not. Out of 2,725 inmates at Trousdale Turner Correctional Center in Hartsville, Tennessee, 1,349 tested positive for COVID-19, and only 2 had any symptoms of illness.

On January 3, 2020, Dr. Anthony Fauci said that this winter’s flu season was shaping up to be deadlier than any in the last seventeen years, and at that time the CDC’s influenza statistics showed this year’s flu epidemic on track to surpass the record set in the 2017-2018 season. A few months later, suddenly no one was talking about influenza and all of this year’s excess deaths were being attributed to COVID-19.

Antibodies to COVID-19 only develop in severe cases of the disease, and up to 60 percent of the population apparently is immune to COVID-19 without ever being exposed to it. This is because the common cold is often also a coronavirus, and the two viruses are so similar that there is widespread immunity to both within the general population.

I have been asked by some to keep quiet about COVID-19 and talk only about 5G, but that does not make sense. 5G is causing widespread disease that is being called coronavirus and unless we shine a light on the confusion, there is no chance that the truth will ever be recognized by society at large. And we do not have much time.

End Cellphones Here on Earth (ECHOEarth) and Collectif Dring Dring (https://dring-dring.world) have joined our campaigns together. ECHOEarth’s website, including “Cell Phones: Questions and Answers,” and the page to sign that you are a cellphone-free person, is now available in both English (https://www.ECHOEarth.org) and French (https://www.ECHOEarth.org/home-fr). We are officially launching our campaign together on the solstice, June 20-21, 2020. We encourage everyone to remember how our world once was, not long ago, and to join us in restoring it. I urge everyone to read “Cell Phones: Questions and Answers” for more details. To those who tell me they can’t live without their cell phone, I ask them, “Which do you want more, your phone or your planet?”

Donations and Assistance are Needed

Thank you for your continued support. It funds the work that I am doing, including paying lawyers, paying for internet access, maintaining three websites, sending newsletters, buying supplies, buying postage, paying phone bills, and other expenses. I would like to be able to fund a proper PR and media campaign.

I am looking for the right person to be my full-time assistant. That person should have a good understanding of the issues and be a self-starter, able to work independently, and should not own a cell phone. Living in Santa Fe would be a plus. Please contact me, preferably by phone, if you are interested.

(Please do not call me from a cell phone)
info@cellphonetaskforce.org
https://www.5gSpaceAppeal.org 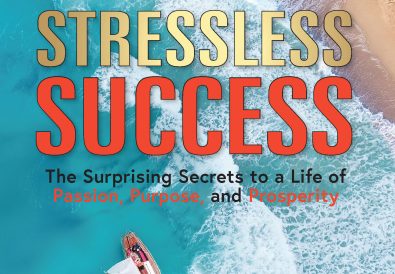 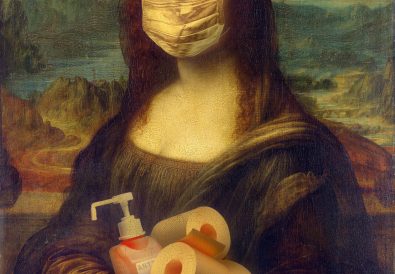 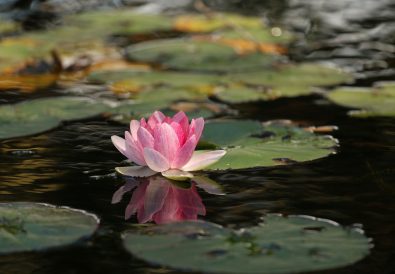 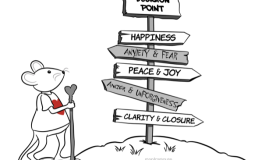