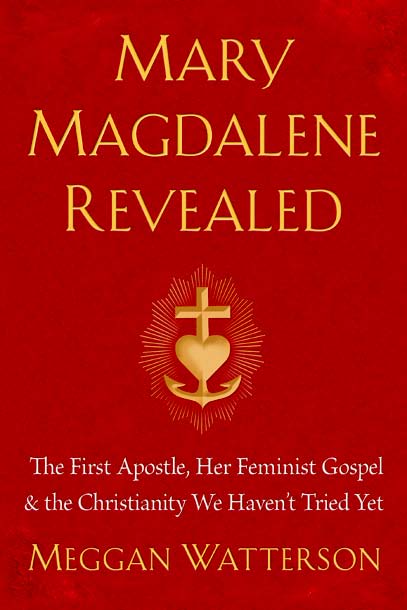 The following is excerpted with permission from Mary Magdalene Revealed by Meggan Watterson (Hay House Inc. ©2021)

In the tumultuous time immediately after Christ’s crucifixion, Christianity is seen as a forbidden religion. It’s illegal to be Christian. Yet, this crazy devoted man named Paul is traveling, from village to village, telling stories about his experience of Christ.

He happens to stop in a small village where a 17-year-old named Thecla lives. She can hear Paul from her bedroom window, and she’s riveted. She remains at her window for three days and three nights as Paul recounts his misadventures with Christ.

Something begins to unravel for her. Or something that had always existed within her suddenly races to the surface, and in those three days her life is transformed. Her fiancé begs her to come away from the window. He tells her that she should be ashamed for directing her love away from him. He reminds her of her duty, of the law. And he enlists her mother, who begs for her to return to them as well. But Thecla remains. And even more, she begins to want to meet Paul and leave the life that had been expected of her for a life she now feels is authentically her own.

Her fiancé reports Paul to the governor, calling him a magician, attributing him with the powers to persuade young women not to marry. The governor has Paul arrested and sent to jail. Thecla leaves her house in the middle of the night to go see him. She gives her bracelets to the prison gatekeeper as admission, and he lets her in. She gives an ornate mirror to the guard at the cell door, easily discarding the remnants of her old life. He lets her in as well. Then she goes to Paul and sits at his feet.

The next day, word gets out that Thecla had been to the prison to see Paul. Her fiancé is beyond outrage. Thecla is his! She is his possession. Thecla’s mother agrees and screams for her punishment. Her own mother suggests that she is burned at the stake for breaking the law of her betrothal, for going her own way, for following her fiery, young heart.

The governor has Paul whipped and thrown out of town. But to teach a lesson, he has Thecla stripped and binds her body to the stake.

The pyre is lit. I’ve always imagined that she was visibly trembling, but her resolve comes from a place within her, giving her this courage that reminds her of who she is, of what she’s capable of. Just as the flames are beginning to reach her, Thecla makes the sign of the cross and a sudden thundercloud covers her and all the spectators. Rain pours down onto the fire that was meant to take her life. And she is saved. She has saved herself.

Thecla finds a robe to wear, a robe that was more commonly worn by men, and sets off in Paul’s footsteps to catch up with him. A child finds her in the market of a nearby town, a child who knows where Paul can be found.

Thecla is led back to where he had been waiting for her, in deep prayer, not knowing if she had lived or died. She greets him and informs him that she will cut her hair and follow him wherever he is led. He’s flattered, I’m sure, but also concerned. Thecla, it seems, was extraordinarily beautiful. So, he voices his fears that Thecla will only run into more trials as an unmarried young woman in this forbidden religion called Christianity.

She reassures him, “Only give me the seal of Christ and no trial will touch me.” She wanted baptism; she wanted confirmation from him, her elder, that she was ready and even maybe worthy of being baptized. Paul responds, “Be patient.” So she listens, as patiently as love does. And she remains at his side.

Their ministry leads them to Antioch (an area that the Romans referred to as Asia Minor, which was an epic portion of the entire Mediterranean). They are walking down the crowded streets in the center of town when the president of Syria, Alexander, notices Thecla and decides he must have her, right there, as his own. First, he pleads with Paul and offers him bribes of money and power, hoping to appeal to Paul’s greed. Paul pretends that he doesn’t know Thecla, essentially disowning her right there for everyone to see. She yells out, and insists that Alexander not violate her.

Alexander, being a president rife with power, tries to take her right there in the street. Thecla won’t have it. She rips his crown from his head and tears his garments, drawing attention to his actions and, subsequently, shame from onlookers. Again, Thecla is saved. She had saved herself.

She’s brought before a court to judge her actions and is sentenced to death in the stadium. Thecla, again, is stripped and her hands are bound. She’s led out into the stadium to face her fate. She is forced to wear one word, which is the word that encapsulates how she has been charged: sacrilege. She is wearing the word sacrilege, standing naked in the center of a packed stadium as the crowd cheers on the arrival of the wild beasts that are meant to take her down.

A ferocious lion approaches her. I’ve often imagined the look of love she must have given it. Courage coming face-to-face with courage; the depth of recognition that must have been there. Supposedly, the lioness stopped charging at Thecla and instead lay down at her feet.

Frustrated, the officials send out more wild animals to attack her, but the lioness has now become Thecla’s protectress, and she mauls each next beast that tries to harm her. Eventually, the lioness is killed. But the crowd has begun to turn.

The women in the crowd begin to scream, “Unholy judgment.” They start to proclaim Thecla’s innocence and to voice the true sacrilege, which is to put such love to death.

In the stadium with Thecla is a pit of water filled with wild sea lions. As more beasts enter the stadium and charge at her, Thecla declares, “In the name of Jesus Christ I baptize myself.” As she enters the water, a cloud of fire suddenly surrounds her so that she can’t be touched. And for a third and final time, Thecla saves herself.

Together they throw rose petals, nard, cinnamon, and cardamom into the arena where she is standing, and the intoxicating perfume that the roses and spices create lulls the beasts into a stupor, and they all lie down and fall asleep.

Then the scripture reads, “All the women cried out in a loud voice, as if from one mouth,” praising Thecla’s courage. In saving herself, Thecla has unified the force of love in all the women around her. In freeing herself, she has freed them.

This story comes from one of the earliest Christian scriptures that has ever been found. It’s titled The Acts of Paul and Thecla. Scholars know that it was widely read because so many copies have been recovered. But in the late 2nd century, an early Christian leader named Tertullian condemned this scripture because it implied that women had the spiritual authority to lead communities and to baptize.

The scripture ends by relating that Thecla healed many, that her ministry lasted until she died at the ripe old age of 90, and that she’s buried supposedly right near Paul.

I think the most threatening aspect of Thecla’s story is that she frees herself from any illusions that power resides outside of her.

The Thecla who was to be married off, the Thecla from a prominent family with the weight of her mother’s expectations, the girl who was bound by the law to become a wife and held no earthly rights to follow the dictates, the call of something inside her, she died during those three days and nights when she refused to leave her window and the sound of Paul’s voice. She began to move of her own volition. She began to do what her heart was telling her to do. And this was the sacrilege to those in power. That she refused to obey or validate any authority outside of her. Even, and ultimately, Paul’s.

She baptized herself because she realized she could. She realized that all along within her she contained the power to save herself. And so she did. 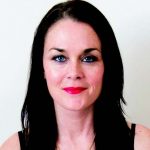 Meggan Watterson is the author of REVEAL, The Sutras of Unspeakable Joy, and The Divine Feminine Oracle and the co-author of How to Love Yourself (and Sometimes Other People). She is a feminist theologian with a Master of Theological Studies from Harvard Divinity School and a Master of Divinity from Union Theological Seminary at Columbia University. Meggan facilitates the REDLADIES—a community of radical love that lets her preach about female saints, mystics, gurus, and poets who inspire and teach us to live in service of love. She leads retreats and workshops on the divine feminine, Mary Magdalene, and the soulvoice meditation. Her work has appeared in media outlets such as The New York Times, Forbes, The Huffington Post, and Marie Claire. She lives with her old-soul son and his exuberant goldfish, Bob. megganwatterson.com. 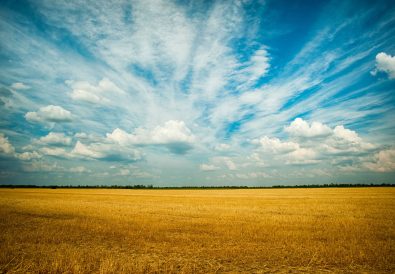 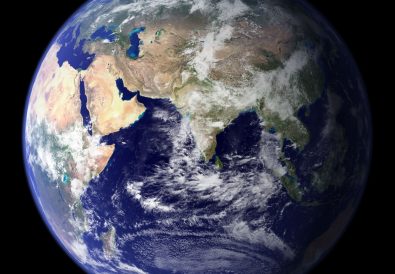