Heaven’s Wifi is Always On
by Ann Albers – Phoenix, AZ 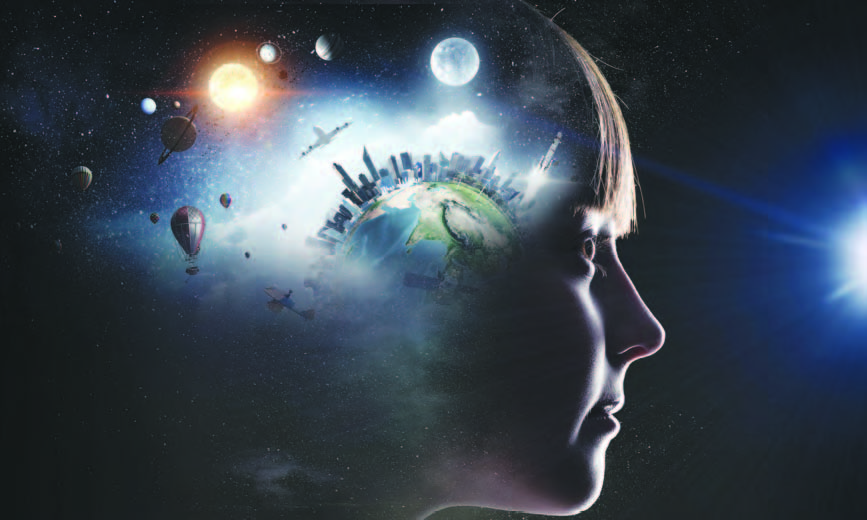 I’ll never forget one of my first really cool experiences with my personal angels. I’d been feeling one around me. She was female but she wouldn’t give me a name through anyone else, and I wasn’t getting it yet. I was too “Type A.” I was too analytical. I thought too much and surrendered too little. I begged for a name and then without quieting my mind at all fretted about the fact that I couldn’t hear it and wasn’t getting it.

“Give up” I heard the words in my head. “Fine!” I thought. It’s too hard anyway. I decided to get on with my hike. At long last, I sat by the creek and put my feet in the water. The gentle flow was deeply soothing. The leaves on the trees fluttered in the breeze and sunlight filtered onto the surface of the water, glistening like diamonds. I melted into the present moment, mesmerized by the beauty and the babbling brook. My eyelids became heavy.

I couldn’t resist the pull inwards. I shut my eyes and fell into a trance, where I saw my guide clear as day. She appeared in the vision as an older Mayan woman with dark skin and jet black hair. She took me to a garden gate and pointed to a sign. “XICHI” was clearly spelled out on it. I looked at her. She said in my mind, “Tzi chi” giving me the correct pronunciation.” There was the name, easy as pie, once I had surrendered and relaxed thoroughly in the bliss of the present moment. She was teaching me. I didn’t need to strive for answers. I needed to relax and receive them.

The vision wasn’t over. Suddenly she showed me what the scene looked like through her eyes. There was no separation between the creek, the trees, her, and me. There was only one dancing field of energy expressed in different flows and colors. Some objects were comprised of patterns of moving energy that corresponded to their physical form. Others blended together into each other and into the landscape. I was energy and energy was flowing through me and I felt that same energy flowing through everything else. I remember thinking, “How beautiful.” Then my engineering mind kicked in with a million questions and in a blink, the scene dissolved back into everyday reality.

I’ll never forget it. It was my first glimpse into the energetic field of oneness that creates form. It felt imaginary and real at the same time. I’d never seen anything like it so I wasn’t sure I could have made it up. I just accepted it.

Over time, I channeled Xichi privately for a few engineering friends who asked really cool questions about the nature of reality. She showed me energetic diagrams that helped me understand the idea of many forms in one field. She, and an angel named Ariel who “adopted” me as well, taught me about the dimensions, about our true nature, and about what it was all about. My information came sometimes in visions, sometimes as I sat and typed questions at the computer and then let the answers pour in a stream of consciousness. Ariel did more typing. Xichi, who I didn’t tell too many people about, channeled mostly in the visions and words when questions were asked. Many other guides appeared and sucked me into “imaginary” realms, or as the angels would say, “real” realms of energy. I say “sucked me in” because I don’t know how else to describe the sensation of pressure on my third eye (forehead between the eyebrows) that compelled me to sit down, shut my eyes, and pulled me inward as if I was being pulled by a vacuum inside of myself, into a dream-like space. Once there was an aboriginal gentleman who showed me some past life ceremonial practices. Archangel Michael started to show up frequently with his beautiful sense of humor. Other angels and guides appeared, and even sometimes the soul of the living I’d admired, but never met. Jesus comes to me often, sometimes sends energy through me, and often just draws me into realms of pure love. In my office, I have a picture painted by an artist that he appeared to and when I stand in front of it and look in the eyes, I am transported into a loving silence so profound, there is nothing else.

Humorously, even my not-so-deceased dogs visit often as well, asking where their other-dimensional popcorn or brie-on- Triscuits is. They told me in no uncertain terms after they transitioned, that when I imagine giving them treats, they get the treats in their dimension – where thoughts turn easily into things! I asked them why they couldn’t think up their own popcorn and Lucy, my labrador in spirit, answered with her usual sense of humor, “We like yours better!” Must be the butter! Sometimes, even after two and a half decades of this work, I still feel crazy. Once I got the “third eye” pull and shut my eyes, only to be sucked out of my body and taken somewhere with the angels where we were pulling dying people away from their bodies and into the light after a bombing. I saw the village walls and buildings clearly. Later that evening, as I described the scene to a friend later, she emailed me a news article. There was the village I’d seen, halfway around the world. These crazy things are real. I’ve come to accept that.

So when you begin to play with angels or relatives in your inner world, you may feel like you’re making it up. Eventually, however, you’ll get some information or see something that you’d have no way of knowing or no frame of reference for. Our visions and even our words are symbols of energetic realities. We are like mobile phones that pick up energy and turn it into words. Whether we think about it or not our thoughts and words turn to the energy that goes out into the universe and is able to be received and interpreted by those who have ears to hear or minds that sense energy. We transmit and receive all the time.

It isn’t as hard to connect with your not-so-departed loved ones, your angels, and the masters. They’re only a thought away. As surely as you can easily text with those you love, you can mentally “text” your loved ones, guides, and angels. The angels like to joke that heaven’s WiFi is always on, always connected, and always reliable.

If you don’t already, you can talk to your angels and guides. It just takes an open heart, a playful mind, and a willingness to surrender to love.