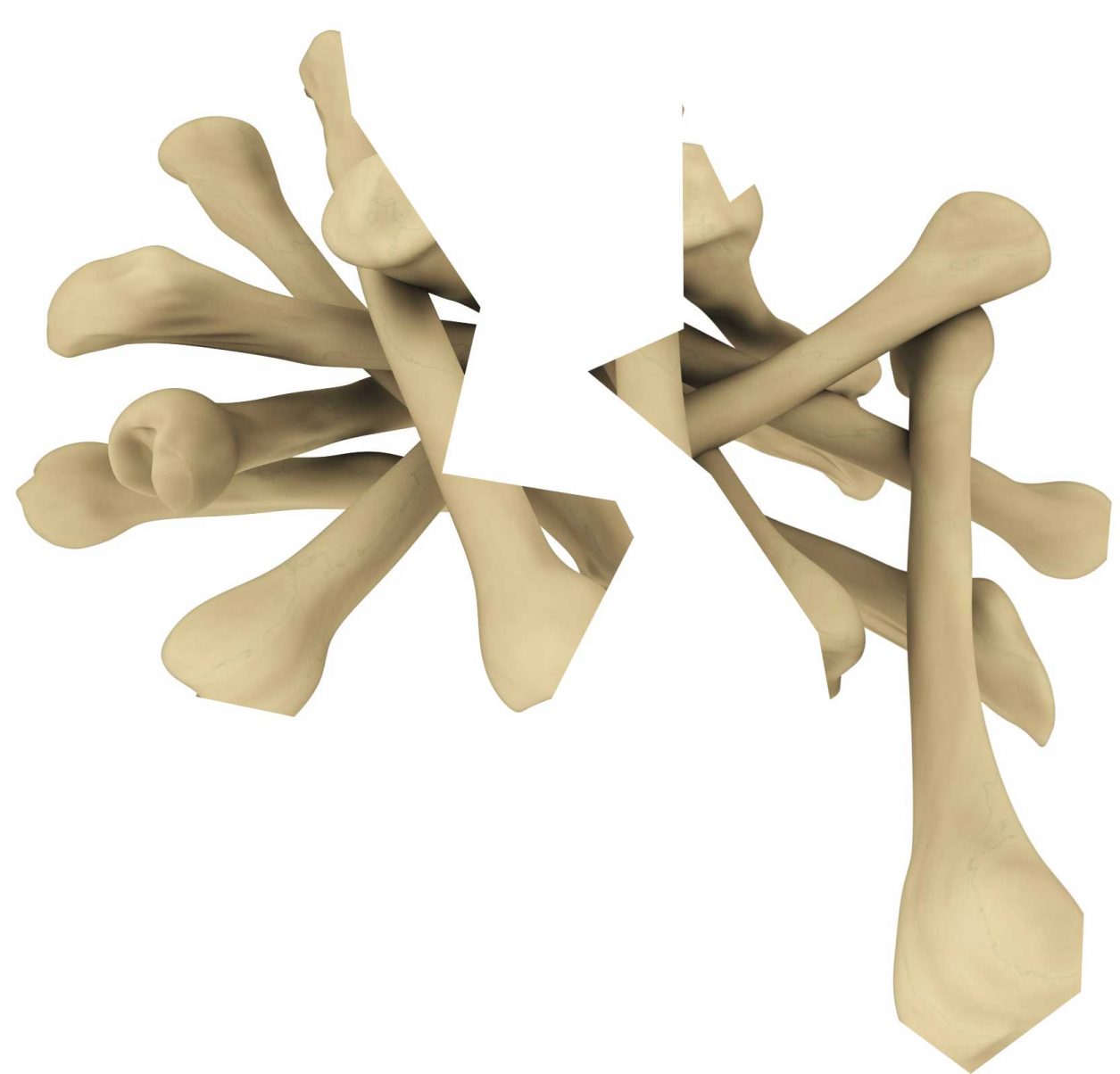 Why is everyone talking about bone broth? Let’s explore this popular food trend and why so many people are jumping on the bandwagon. Find out what the research says about some of the most prominent bone broth benefits and claims.

Bone broth has become popular. You may have seen the countless blogs and media outlets touting its many presumed health benefits. Marketing for bone broth claims it’s a high-protein comfort food for on-the-go lifestyles. It’s also considered a magical elixir that can cure leaky gut—and help with all manners of ailments from arthritis to a weak immune system.

Restaurants now serve bone broth, food delivery services offer it, and lifestyle celebrities and athletes endorse it. You can even find a bone broth to-go chain in New York City and a line of bone broth made especially for dogs and cats. But what’s the truth about bone broth? Is it the magical elixir it’s claiming to be?

What Is Bone Broth?

Bone broth is a broth made by boiling the roasted bones and the connective tissue of animals, for a long time.

The long cooking time — ranging from eight to over 24 hours — draws gelatin and minerals, including calcium and phosphorus, out of the bones and into the broth. Some recipes may use apple cider vinegar or red wine, which help extract nutrients. And sometimes it will include vegetables, such as carrots, onions, and celery. Once cooked, the liquid is strained, the solid parts discarded, and the remaining broth seasoned.

Why Is Bone Broth So Popular?

The retail sales of shelf-stable bone broth products increased from $5.83 million in 2016 to $17.54 million in 2017. According to a report by Global Market Insights, Inc., analysts predict the global bone broth market will surpass $2.8 billion by 2024. Also, one of the foremost bone broth advocates, Dr. Josh Axe, recently raised $103 million from investors to expand his own bone broth business.

What Does the Research Say About Potential Bone Broth Benefits?

There’s a growing interest in bone broth due to the long list of purported benefits. But what does the science say? Does bone broth measure up to these claims?

Bone broth gets a lot of attention for its “unique” nutritional profile. People praise it for being a low calorie, highprotein food, and providing minerals, such as calcium, phosphorus, potassium, and magnesium. The earliest study to mention bone broth is from 1937, which looked at the nutritional value of bone and vegetable broths. Both were common ways of nourishing infants at the time. The researchers concluded that while neither was a very good source of nutrition, the broths that provided the highest mineral content contained the most vegetables.

Far more recently, in 2017, a study in the journal Food and Nutrition Research analyzed bone broth and found that it was not an especially good source of calcium or magnesium.

While marketers tout bone broth for its mineral content, it seems the vegetables used in the cooking process — not the bones — may provide many of the helpful nutrients.

An average cup of bone broth contains zero to 19 mg of calcium and six to nine grams of protein. But when you compare it to some other sources of these nutrients, the protein content isn’t terribly impressive:

So yes, bone broth does provide some calcium and protein. But so do many, many other foods.

Collagen is the main protein in your body. It protects your organs, joints, and tendons; holds together bones and muscles, and maintains the lining of your gut. Plastic surgeons like it because it promotes skin elasticity.

Your body makes its own collagen, but as you age, you won’t make quite as much of it. So, much of the marketing says that, because bone broth contains collagen, it will help your body make more collagen.

Unfortunately, there is no evidence that eating collagen is directly helpful to your body. Many experts agree that because your body doesn’t absorb collagen in its whole form, the idea that eating collagen helps bone growth isn’t borne out in reality. Your body breaks collagen down into amino acids. So in the end, it’s just another form of protein.

If you want to help your body build collagen, the best way is to eat a diet rich in leafy green vegetables because plants offer rich sources of the phytonutrients your body needs to make collagen.

These phyto-nutrients in plants include:

The bottom line is that many vegetables and other plant foods can be powerful allies in keeping your skin young, your bones strong, and your joints healthy.

At some point in your life, you probably had a bowl of chicken noodle soup while sick. It might have even helped you feel better. Some older research studied the ability of chicken stock to ease common cold symptoms. And many people say bone broth has (or should have) a similar effect. However, there are no published studies about bone broth and illness in peer-reviewed medical journals. Bone broth may warm your belly, but there’s no evidence that it will cure your cold. If there are immune-boosting effects, they could come from the vegetables used in its preparation.

Claim #4: Bone Broth Is Good for Your Gut

Advocates claim bone broth is good for digestion and therapeutic for leaky gut syndrome—a condition in which substances can leak from your intestines into your blood. They say the gelatin will bind water in the digestive tract, protecting the lining of your intestines. Some studies show that potential in rats, but this doesn’t mean bone broth can do the same for humans. We have very different intestinal lining than do rats. It’s possible it could help. But at this point, all we have is a theory.

What’s not a theory, because it’s been well documented, is that you can support your gut health with a variety of fiber-rich plants foods, including fermented foods, which help to maintain a healthy gut microbiome.

Bone broth contains the amino acid glycine. There are a few animal studies that suggest glycine supplements can benefit the liver of alcoholic rats, but none have looked at the impact of bone broth on human livers.

It’s doubtful that any single nutrient has the power to detoxify the liver by itself. The best way to protect your liver, and to protect your body from toxins, is by eating a diet that’s high in the entire array of phytonutrients found in whole plant foods. It’s also helpful to steer clear of absorbing toxic heavy metals in the first place. And that brings us to what may be the most significant problematic fact about bone broth:

It’s well known that lead exposure can be seriously harmful to humans. It’s been shown to have adverse effects on nearly every organ system in the body. Symptoms of chronic exposure range from memory loss and constipation to impotence and depression. The data suggests that there is no such thing as a “safe” level of exposure to lead.

Lead can build up in body fat and attach itself irreversibly to neurons. This is especially dangerous for children as it increases the risk of behavioral problems, hyperactivity, impaired growth and hearing, anemia, and lower IQ, even at low levels.

Now, here’s the thing: Lead and other heavy metals build up in the bones. And that’s not just true of human bones. Boiling animal bones for a long period of time turns out to be a great way to leach lead out of them—even if the animal bones come from organically fed animals. In a study published in the peer-reviewed journal Medical Hypotheses, researchers looked at broth made from organic chicken bones and found that the broth had lead concentrations that were up to a 10-fold increase compared to the water before the bones were added to it. The samples came from organic, free-range chickens.

Today, many health enthusiasts are drinking bone broth by the case, hoping to detoxify their liver of heavy metals. Sadly, in the process, they could be inadvertently exposing themselves to dangerous levels of lead and possibly other heavy metals.

Many of the most popular bone broth brands come from the bones of animals raised in factory farms. These animals may have never seen the sun or a blade of grass in their lives. They were fed an utterly unnatural diet and pumped full of hormones and antibiotics. Those aren’t practices that I want to support. And they don’t create products that I want to take into my body, either.

What Are Some Healthy Alternatives to Bone Broth?

If you’re interested in trying the broth trend for yourself, and you want some warm nourishment for your tummy, but your favorite flavor isn’t “bone,” there are many other options. Some people are creating vegetarian and vegan broths, using mixtures of seaweed, mushrooms, miso, and various vegetables instead of bones.

Plant-based broths offer a lot of flavor and nutrients. Mushrooms contain selenium, B vitamins, iron, and zinc. Seaweed contains iodine, which is an essential nutrient for healthy thyroid function. Fermented foods, like miso paste, or anti-inflammatory agents, like ginger or turmeric, are often added as well.

This article was originally published on FoodRevolution.org, and is reprinted with permission.

Ocean Robbins is the author of 31-Day Food Revolution: Heal Your Body, Feel Great, and Transform Your World (Grand Central Life & Style). He is the CEO and co-founder of the 500,000+ member Food Revolution Network. Ocean has served as the adjunct professor for Chapman University. And he’s received numerous awards, including the national Jefferson Award for Outstanding Public Service and the Freedom’s Flame Award. 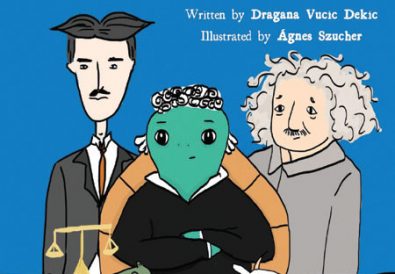 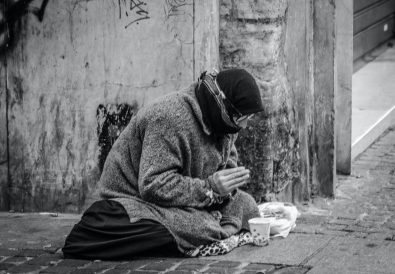 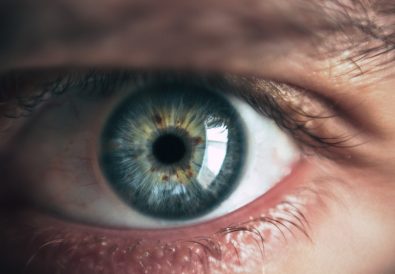