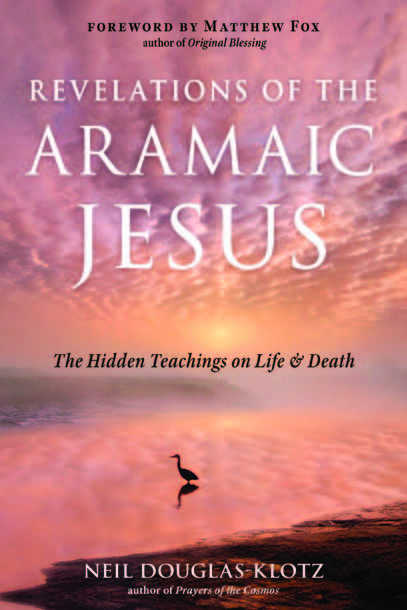 How do we feel when we receive a diagnosis or are told about the “normal outcome” of a health problem we have? We tend to rely on statistics and experts and to discount anomalies. So anything out of the ordinary becomes a “miracle.” But what if we lived in a world where the “miracle” was normal?/

We use the word miracle mainly influenced heavily by healing stories in the Christian gospels. But Jesus’ native language, Aramaic, had no equivalent word. Instead, he talks about offering “signs” of where his healing power comes from. I investigated this whole area over the past 40 years, through the gospel version used by Aramaic-speaking Christians for nearly two thousand years.

Why bother with this? First, because we haven’t heard these stories or Jesus’s words accurately. They have been strained out of a language he never spoke (Greek) through centuries of theology. Second, the misinterpretation of these stories subconsciously affects how even an atheist thinks about their own healing crises and the potential for the unexpected to happen.

In the ancient world, humanity viewed life and nature very differently from the way we do today. One example: what Jesus calls the personal self (naphsha), was more interconnected with its environment and less individual, less “selfie” and self-ish. Another: the Aramaic word translated “spirit” (ruha) means also “breath” and “soul. We can see here a connection between what we now feel as taking place “inside” us and what we perceive as “outside.”

This view was not unique to Jesus, Aramaic or the other Semitic languages but was shared by other cultures in the ancient world. For instance, “breath” and “life energy” are also the same word in ancient languages: prana in Sanskrit and chi in Chinese.

Instead of simply seeing a tree as a physical object outside of themselves, and even less as a potential piece of lumber to make a table, ancient peoples tended to perceive trees as part of their own outer/inner landscape. Perhaps a particular tree embodied a specific spirit, entity, or cosmic force. Hence, we find throughout the world stories about tree-beings, devas, nature spirits, demons, fairies, and so forth.

Today we consider such views illusionary, or human projections that occurred while people were waiting to discover the “factual”—that is, material—basis of life. In other words, they would eventually be persuaded that “out there-ness” is the only reality. Do I need to mention that this gradually encroaching, exclusively materialist view has inflicted huge ecological and social problems on humanity over recent centuries?

Ancient people felt nature as an extension of themselves, diverse but not separated, like the wider clothing of their consciousness. What we today experience as exclusively internal, our “subconscious” (one of many words that didn’t exist in ancient times), was in some sense being woven and “worn” around us in nature.

A solely “physical” ailment would then, in ancient times, have had both “psychological” and “spiritual” components. I put all of these words in quotation marks because the way we use them today divides life into seemingly separate areas of concern. Ancient Semitic languages like Jesus’ Aramaic have only one preposition (b-) that means both “within” and “around” a person. Failing to note even this simple linguistic fact has led scholars into all sorts of confusion about what Jesus said and did.

So healing in the ancient world always involved a recognition of the seen and unseen, of all the worlds (alma). Healing reconnected breath, heart, and self through soul with hayye alma, the source of life energy that infuses all the worlds (an expression usually mistranslated “eternal life”).

In closing, let’s take an example of the story of Jesus healing a deaf man with a speech impediment in the gospel of Mark:

And he took him aside from the multitude, and put his fingers into his ears, and he spit, and touched his tongue; And looking up to heaven, he sighed, and saith unto him, ‘Ephphatha,’ that is, be opened. And straightway his ears were opened, and the string of his tongue was loosed, and he spake plain. (7: 32-36, King James Version translation from the Greek)

When he places his fingers in the man’s ears and touches his tongue, Jesus unites his sensing self (his “proprioceptive awareness”) with that of the man. The phrase “looking up to heaven, he sighed,” reads in in the Aramaic gospel of Mark, har bashmaya wa attanah: he directed his awareness toward the source of sensation, vibration, sound, and light (shmaya). In other words, the two persons are now united in the shem (atmosphere, light, or vibration) of Alaha (the name Jesus uses for “God,” which actually means Unity, the union of all opposites, Reality itself).

Then he uses the Aramaic word eth-phatah (mistakenly transliterated in the Greek text of the Gospels, so also in the version above), which means, “be opened, expand, clear the way!” So: “open to the waves of space that give and receive all sound, hearing, and speech.”

Through Jesus’s word and touch, Reality itself—the source of all sound— accomplishes the healing based on the man’s own trust. As he says elsewhere in Mark, “Your energized trust has renewed your life energy” (haymanutakh a yatakh), a phrase usually translated “your faith has made you whole.”

But this is not faith “in” Jesus or a catalog of beliefs about him (another mistranslation). It’s the trust that we can share that only one Reality exists, and this Reality (whatever we call it) has, over hundreds of millennia, produced many miracles.

Neil Douglas-Klotz is the author of Revelations of the Aramaic Jesus, being released by Hampton Roads publishers in October: revelationsofthearamaicjesus.com.