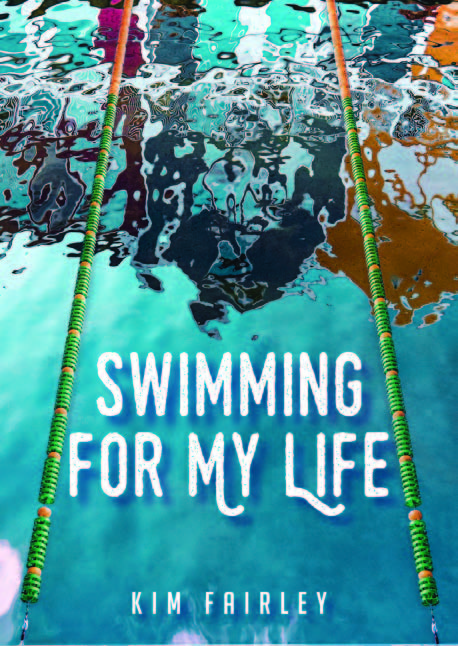 For so many families, kids’ sports bring a sense of pride, self-worth and accomplishment. They also foster dreams of making it big or receiving a college scholarship. This can make it extremely difficult for parents to accept it when kids want to quit their sport—especially when those kids are performing well and showing promise. But from what I’ve experienced as a high school and college elite swimmer, I believe that no matter how hard it is, parents need to respect their kids’ decision to quit.

For ten years of my childhood, I swam competitively. At my peak, I cranked out ten to eleven miles a day, lifted heavy weights three days a week, and drove myself across town at four in the morning and after school. I trained six days a week, through major holidays, and competed in meets on weekends. With no time for anything else, the over-training left me sleep-deprived, lethargic, anxiety-ridden, and depressed; yet I continued to push through the pain because my performance was important to my parents, especially my father.

Today, I’ve come to the conclusion that no matter how difficult it is, parents need to respect their kids’ decision to quit and here’s why:

Quitting allows a child to discover who they are and what they value. I swam unhappily for so many years that when I finally found the strength to leave swimming, it took me decades to unlearn the habit of deferring to others. I would ask everyone around me for their blessing before I decided anything. If I received support for something I wanted to do, I was fine. But if somebody’s opinion differed from mine, I would ruminate for days on my course of action. It didn’t matter if it I was deciding something as inconsequential as what to wear or if it carried lifelong consequences like getting a divorce. Every decision became difficult. When children have choices, they feel more in control of their lives. And with that control, they develop more confidence. They also enter adulthood with strong problem-solving skills that will help them live their lives more authentically.

When I was a child, every month or so, my parents would go away on a two-week business trip. When they returned home, the first thing my father would ask was “How is swimming?”

In the early days I would shrug and tell him that it was terrible and I wanted to quit. He would go into all the reasons my quitting would be dishonoring the family.

My grandparents had bragged that my father had been exceptionally talented on the piano. He had perfect pitch and could play anything from a very young age, but he stopped because he didn’t enjoy the practice. Even though my father claimed on his deathbed that he had no regrets, I always suspected he regretted quitting the piano and that was the reason he pressed me so hard with the swimming. He may have had good intentions, but this doesn’t change the fact that I had no options.

We often don’t know what goes on in a child’s mind when they find themselves in a sport they don’t enjoy. And once a child reaches the elite level, where the stakes are high, it can be hard for parents to let go. But when kids feel empowered to quit, they can find more time for joyful activities. They will grow up with a sense of valuing their personal happiness rather than always defaulting to pleasing others.

I felt powerless to leave swimming for so many years that I ended up in a hospital in a state of high anxiety with bulimia and a host of other ailments related to stress that have continued to plague me into adulthood. It took me two decades to trust my own judgment enough to recognize abusive relationships and get out of them.

When athletes learn to ignore their emotional needs, their emotional development can be delayed and result in a lifetime struggle with trusting themselves. Not all athletes have trouble deciding if their sport is worth the time and effort, but when unhappy athletes are given the opportunity to quit when they want to, they learn at an early age to trust their own judgment.

After so many years of competitive swimming my parents feared that my quitting would leave a hole not only on the team but in my life. I’d developed no other skills and had no job experience. In so many ways the all-consuming nature of swimming had handicapped me.

What I discovered when I finally had the courage to leave, was that nobody on the team seemed to notice. It wasn’t because they held animosity. They simply had moved on. So, despite feeling as though I’d abandoned the team, my quitting had been a win-win. The decision had allowed my coach to provide a scholarship to another more motivated swimmer.

It Shows Unconditional Love and Support

Sometimes parents are so proud of their child’s performance that the child gets the impression that their parents value them for what they do rather than for who they are.

Believing that your performance is more important than you as a person can have devastating consequences in adult relationships. It reveals itself as giving too much and feeling disappointed. You over-give because you don’t trust that the other person will care about you unless you give them more.

Of course, when a child excels in a sport, it’s easy for a parent to get caught up in the whirlwind of a child’s achievements. But making their own choices—even bad ones— can help kids feel loved and respected. Teaching children to be responsible for their decisions is one of the greatest gifts a parent can give a child.

Kim Fairley is an artist and memoirist who writes about wrestling with secrets, healing from grief, and competitive swimming during the early years of Title IX. Her three books include Swimming for My Life, releasing in the fall of 2022, and Shooting Out the Lights: A Memoir, which was a finalist in the International Book Awards Parenting & Family category and was named a Distinguished Favorite Memoir by the Independent Press Awards. After attending USC, Fairley earned an MFA in mixed media from the University
of Michigan.