Have Humans Lost Their Connection to Nature?
by Frances Moore Lappé – Cambridge, MA 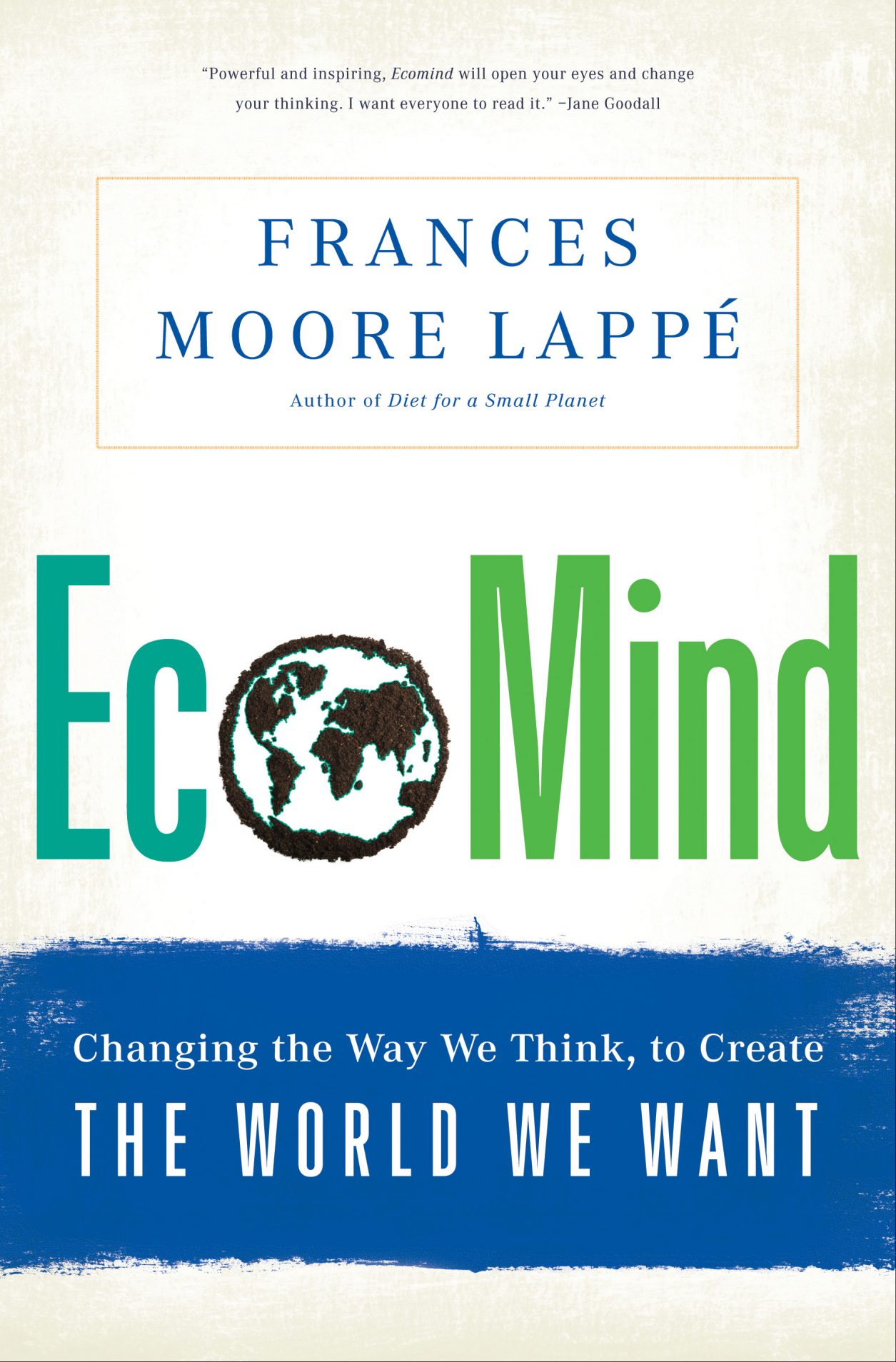 In the UK, the typical eight-year-old is better at recognizing Pokémon characters than common wildlife. Now only 6 percent of American children nine to thirteen years old play outside unsupervised with other children as they have from time immemorial. “I like to play indoors better, because that’s where all the electrical outlets are,” a fifth grader told Richard Louv, author of Last Child in the Woods.

And I myself realized I had to change the cricket ringtone on my iPhone, lest my Manhattan-bred granddaughter, who at three many not yet have heard a real cricket, someday encounter the sound and begin scouring the grass for someone’s lost phone.

Given these huge changes, maybe it’s too much to expect people to feel themselves truly part of nature, sharing one fate, and therefore naturally eager to reverse the human assault on nature.

But wait. What if we just can’t help it? Whether we consciously feel connected or not, human beings have been soft-wired over eons of evolution to love and respond to nature. There’s even a fancy term for it–biophilia–first used by Erich Fromm but expanded by famed Harvard biologist E. O. Wilson to describe the connections that human beings subconsciously seek with the rest of life. A few urbanized decades and technology immersion can’t knock it out of us.

Because of our innate connection, almost any exposure to nature, studies show, seems to do great things for us—benefiting our health in many ways, including helping us to recover from stress and to concentrate and think more clearly. And what’s dawning on more and more urbanites, as well as planners and developers, is that city living doesn’t have to break this natural connection.

Most obvious is the enticement of the garden. Roughly a third of American households—41 million— gardened in 2009, up about 14 percent in just a year. There are now roughly 18,000 community gardens in the US and Canada, including those on otherwise vacant lots and land in public housing projects. And all of these little plots add up. By one calculation, between 15 and 20 percent of food produced in the world is grown by 800 million urban and periurban farmers and gardeners in cities from Havana to Kampala.

Sometimes the connection with nature comes as a big surprise to people. “You mean, all this time I have been hungry and have sometimes had to go without food, and now I find out food grows in the ground?” asked a resident in the garden at Interfaith House in Chicago.

The United Nations estimate that more than half of us are urbanites—however, this may overstate our distance from the natural world. Typically counted as “urban” is any population of 2,000 or more; yet, when I lived in a Vermont town of 5,000, I was surrounded by hundreds of forested acres, and my life felt deliciously rural. So, most of humanity still has wide access to nature.

Now, let these findings assuage remaining fears that humans have lost an innate connection to the earth:

Just a view of a park or greenery from home has a positive effect on the cognitive functioning of children.

The same findings hold in the workplace. “Over long periods people working in rooms with windows have fewer illnesses, feel less frustrated and more patient, and express greater enthusiasm for work.”

Before and after showing subjects three hundred photos of urban and rural scenes, University of Essex researchers put them on a treadmill. In subjects who had viewed pleasant rural scenes, they discovered, blood pressure fell significantly, while it climbed in those who’d seen the unpleasant urban photos.

And when we’re ill, nature helps us heal:

Two groups of patients had the same surgery in a 1984 study at a suburban Philadelphia hospital but experienced very different outcomes. The difference depended on whether their rooms looked out a brick wall or a stand of deciduous trees. Following their surgeries, patients who had the tree view experienced shorter stays (nearly one full day on average) and needed less pain medication. Their moods were better, and they suffered fewer minor complications.

Benefits to patients occur even if nature is reduced to a recording or painting. In a Johns Hopkins Hospital study, one group spent the hours before surgery listening to recordings of birdsong and a babbling brook. They could also look at a large landscape picture. The control group had no picture or sounds. The “nature” group reported significantly better pain management than the control group.

In the Netherlands, 1,000 farms are revealing the healing power of growing food. On these “care farms,” farmers are paid to incorporate into the workforce people suffering from mental illness and addictions, as well as young people who’ve been dismissed from regular schools. The results are impressive—as significantly fewer of these folks later need social-services help. Farmers benefit too, reporting that they love sharing their passion for farming, feel less isolated, and enjoy the “meaning brought to their lives through delivering care.”

Living near a park or other green space boosts health and encourages healthrelated behavior so much that UK scientists calculated that the health gap between rich and poor might be cut by half through exposure to green spaces.

In general, “evidence suggests that children and adults benefit so much from contact with nature that land conservation can now be viewed as a public health strategy,” argue environmental health advocates Howard Frumkin and Richard Louv. We might “prevent or treat illness,” Frumkin suggests, “by prescribing gardening or pet ownership or vacations in beautiful places.

And doctors are catching on. In Santa Fe, New Mexico, doctors are combating runaway diabetes by distributing trail guides to patients in a program called “Prescription Trails.” 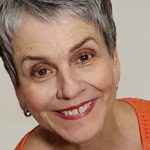 Frances Moore Lappé is the author or coauthor of nineteen books, including the three-million copy Diet for a Small Planet. Her latest work is Daring Democracy: Igniting Power, Meaning, and Connection for the America We Want, coauthored with Adam Eichen, focusing on the roots of the U.S. democracy crisis and how Americans are creatively responding to the challenge. Frances is co-founder of Oakland-based Food First and the Cambridge-based Small Planet Institute, which she leads with her daughter Anna Lappé. The recipient of eighteen honorary degrees, Frances has been a visiting scholar at MIT and U.C. Berkeley and in 1987 received the Right Livelihood Award, often called the “Alternative Nobel.” 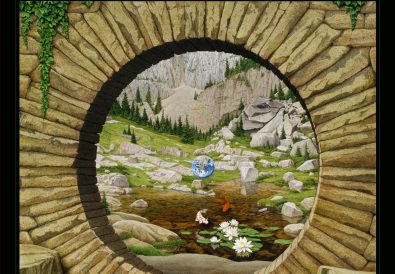 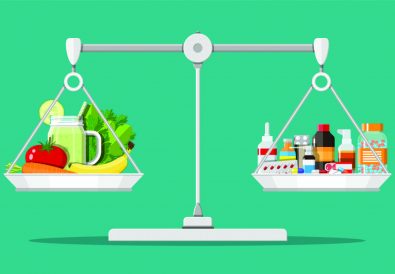 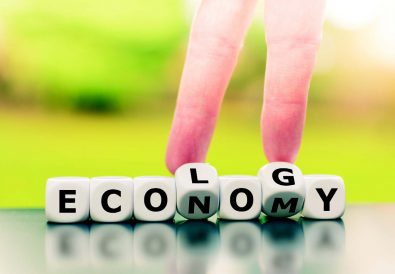