The United States Congress passed legislation to make burning the American flag a serious offense. This was accompanied by lots of patriotic speeches and rhetoric and much reciting of poems. It’s the most fantastic example of American confusion between symbol and reality that you could think of because the same Congress is directly or indirectly responsible for burning up what the flag actually stands for, which is the geographical United States and its people.

Legislation like this is passed at the same time that nothing substantive is done as forests are being devastated, the water and atmosphere are being polluted, natural resources are becoming depleted, and a type of economy is being propagated that under sane circumstances would be termed sheer lunacy. We cannot distinguish between symbols and reality because we’ve all been hypnotized with words and symbols, which is one primary reason why theoretical knowledge will only take us so far.

When a flag is more precious than its actual country, one can definitively say that insanity is in play. When people mistake saluting a flag for loving their country, they are sadly mistaken. Loving one’s country means participating in its life in a loving and considerate way, not killing off its creatures with poisonous insecticides and so on. We fail to see that the outside world is not a kind of chunk of mineral resource that we can exploit at will. For us to consume beef, someone must farm cattle—it requires people to conduct husbandry and take care of the cows. It’s the same thing with fishing. And because we have not properly husbanded whales, they’re becoming extinct. This is the price we pay. If you live off animals, as most do, it would be wise to cherish them.

This exploitation reveals an irreverent relationship with those now-dead animals and plants. Their lives deserve our reverence; it’s simply the proper response. Accordingly, the act of cooking should be similar to the rituals of a priest at an altar, and kitchens should not be looked upon simply as laboratories in which we throw things together for consumption at the other end.

But all of this requires, you see, a situation in which human beings are vividly aware of the external world as something as much themselves as are their own bodies. What we see out there is not merely something external—it’s in our head, and our head’s in it. They mutually interpenetrate each other. And respect for the external world requires seeing it in much the same way as you view what’s inside your skin. Most people look at a piece of wood as just a chunk of stuff, but that’s not how a carpenter thinks — at least, not a very good one.

If we treat the things that seem to us out there as unfeeling, inert blocks of stuff, we’re in for more trouble. We blow up mountains with dynamite because we don’t consider mountains to be living beings. I visited a group of Native Americans who told me that the continent of the United States will one day shake all of us off it, just as a dog shakes off fleas. The storms are going to get much worse. The earthquakes and floods and fires will also get worse. The pests are going to multiply in all sorts of strange ways until the continent eventually gets rid of us and leaves the land to the people who originally lived here and who still know how to treat it with reverence and respect.

Excerpted from JUST SO: Money, Materialism, and the Ineffable, Intelligent Universe, by Alan Watts. Sounds True, February 2020. Reprinted with permission. Alan Watts (1915–1973): For spiritual seekers of many generations, Alan Watts earned a reputation as one of the most accessible—and entertaining—interpreters of Eastern philosophy in the West. Beginning at age 16, when he wrote an article for the journal of the Buddhist Lodge in London, Watts would develop an audience of millions who were enriched through his books, recordings, radio broadcasts, and public talks. In all, Alan Watts wrote more than 25 books, including such classics as The Book: On the Taboo Against Knowing Who You Are and This Is It: and Other Essays on Zen and Spiritual Experience. 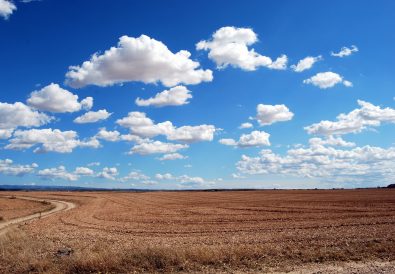