Change is Good
No comments
28 shares 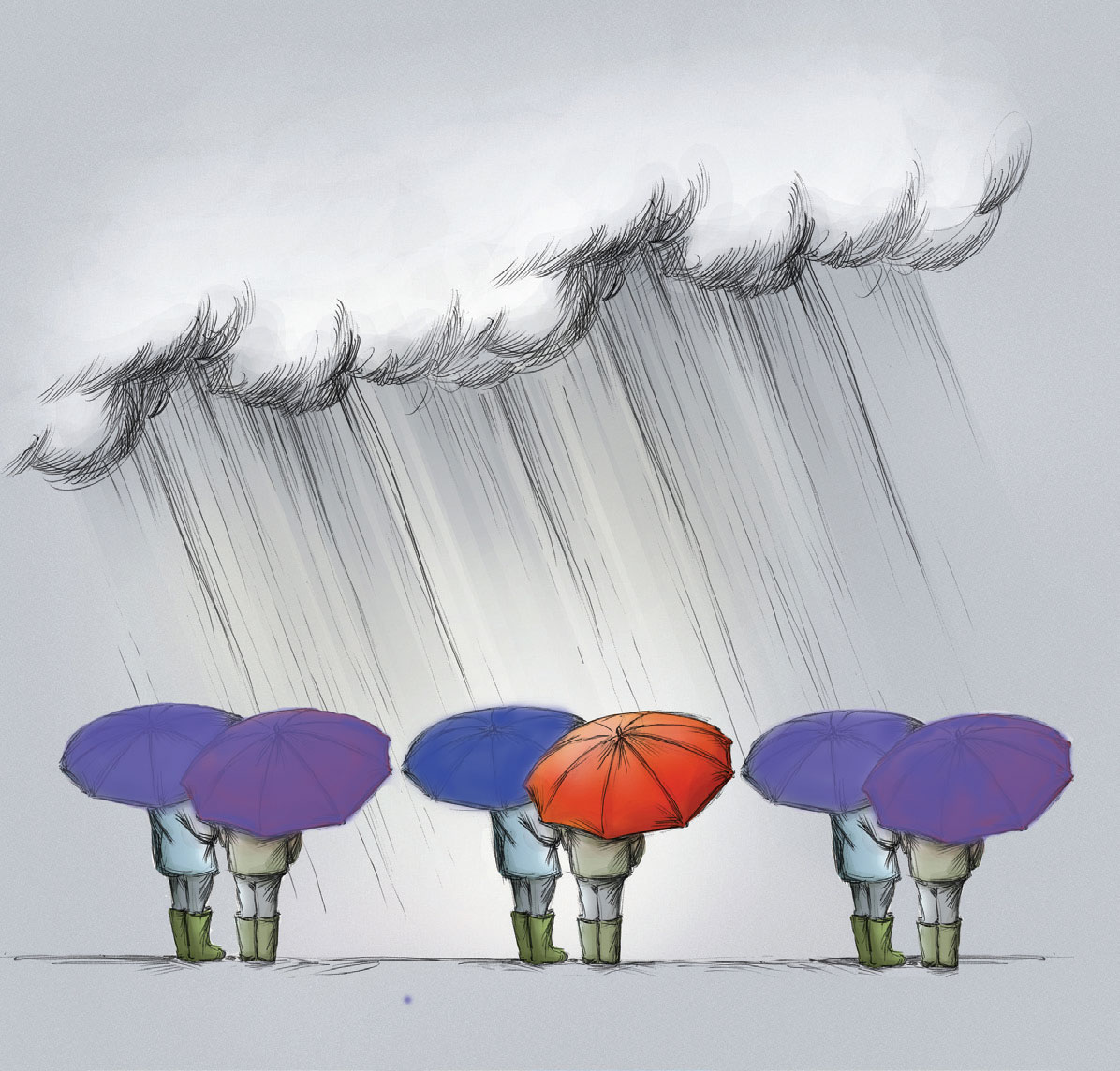 We have a deeply divided body politic in America.
Half the people believe our system is broken. The other half believes it is fixed.

Note: Cosmic comic Swami Beyondananda, whose favorite yoga pose is tongue-incheek, is traveling the country on his Great Upwising tour hoping to spark “political climate change.” We caught up with him just as he was to catch a higher plane to the Ascended Masters Golf Tournament high in the Himalayas.

Swami, you’ve traveled the country this year. What can you tell us about the pulse of America?

Swami: Well, the body politic still has a pulse, and that’s a good sign. As for our current political – new word – “shituation”, people are asking, “Is this the Hand of God at work … or just the Middle Finger?” People are even getting nostalgic for the George W. Bush years, when hopeful optimystics said, “Cheer up. Things could be worse.” And see? They were right.

Around here we’re even hearing talk of the “end times.”

Swami: Oh yes, it’s true. I met someone a few years ago who was depressed because the Rapture didn’t happen. I told him, “Cheer up. It’s not the end of the world.” But with all this talk of the final days, I decided to go right to the Bible, the book of Revelations, and there it was. A sign that the end times are at hand … and I quote … “the last Trump shall blow.”

Swami: You could look it up. Now we all know that blowhard Trump blows. But I say that evolution has played its Trump card, for truly Donald Trump represents America’s balloon karma payment. We got rear-ended by our own karma, and we are suffering the effects of whiplash – Snidely Whiplash.

So I take it you’re not a Trump supporter? Swami: I see his evolutionary role, so I have only compassion for him. Because behind every soulless heel is an unhealed soul. Our job is not only to heal souls, but to re-soul heels. I have a program for doing that—it’s called From A-hole to Be Whole.

Other than compassion, Swami, what do we do? People are quite alarmed.

Swami: The alarm is a positive thing … and I don’t think people will be able to hit snooze this time. Now that the shift has hit the fan, it’s time for we the people to shift or get off the pot—unless, you need pot to shift, in which case stay on the pot. Apparently we all have cannabinoid receptor sites in the brain— they’re in the part of the brain called the hippie-campus, I believe.

So you’ve tried that yourself?

Swami: I tried it once, but I didn’t exhale.

Speaking of great shifts, given the current administration, how do we address issues like climate change—I assume you think it’s real?

Swami: Oh, it’s definitely real. I do time travel, you know, and I just got back from a vacation in the future. Spent a fabulous week in Tropicanada.

So how DO we address climate change?

Swami: First, we need to have political climate change. We need to change our political climate from dominate-or-bedominated to we’re-all-in-it-together. This is challenging because we have spent the past 5,000 years being ruled by the lowest common dominator. The Golden Rule has been pre-empted by the rule of gold: Doo-doo unto others before they can doo-doo unto you. Needless to say, that’s left us with plenty of residoo-doo—and with a great challenge: Can we undo the doo-doo that has been done, or will the done doo-doo be our undoing?

And we do this how?

Swami: In the past, we might have called for a revolutionary uprising to overthrow the system. Now, we need an evolutionary upwising to overgrow the system. We have been divided into two political tribes, the red tribe Republicans and blue tribe Democrats, and the first step is to bring red tribe and blue tribe together in sacred circle to talk until they are purple in the face. Because only by standing together as one purple people will the peeps outnumber the perps. And now is the time—because it is too late to do it sooner. 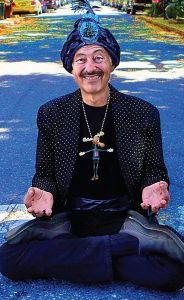 Swami Beyondananda, cosmic comic, pundit, and uncommontator, whose favorite yoga pose is tongue-in-cheek will be bringing his comedy disguised as wisdom (or is it wisdom disguised as comedy?) can be found online at wakeuplaughing.com. Just go to Swami’s calendar on that site to see where he will be appearing next. Meanwhile, Swami’s slightly more serious alter ego Steve Bhaerman, co-author with Bruce Lipton of Spontaneous Evolution (http://wikipolitiki.com/spontaneous-evolution-an-idea-whose-time-has-come/), has launched a new radio show, Wiki Politiki (wikipolitiki.com) to bring left and right front and center to face the music and dance together.