Forget About Covid, They Say
by Jeffrey A. Tucker 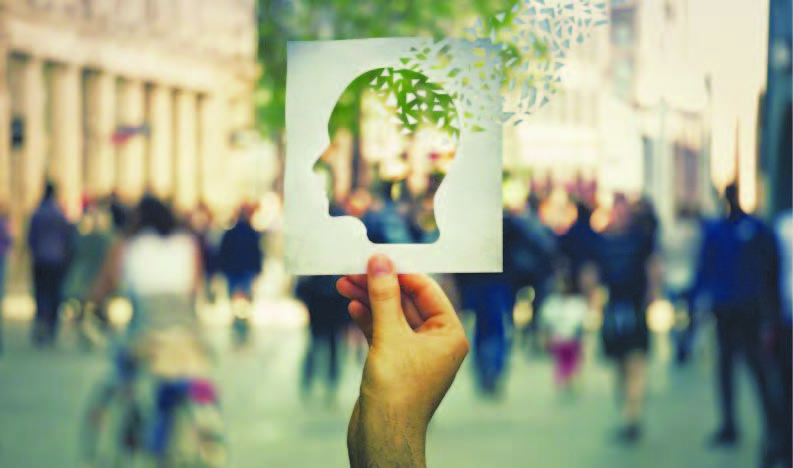 Earlier this year, a phrase was trending because Bari Weiss used it on a talk show: “I’m done with Covid.” Many people cheered simply because the subject has been the source of vast oppression for billions of people for two years.

There are two ways to be over Covid. One way is to do what the memo from the consultants of the Democratic National Committee suggested: Declare the war won and move on. For political reasons.

Deaths attributed to Covid nationally are higher now than they were in the summer of 2020 when the whole country was locked down. They are also higher now than during the election of November the same year. But today we are just supposed to treat it for what it is: a seasonal virus with a disparate impact on the aged and frail.

Rationality is back! In that sense, it’s good to forget about Covid if it means living life normally and behaving with clarity about what does and does not work to mitigate a virus. The Democrats decided that the hyper-restrictionist ways were risking political fortunes. Hence, the line and the talking points needed to change.

Another way to get over Covid is to forget completely about the last two years, especially the astonishing failures of compulsory pandemic controls. Forget about the school closures that cost a generation two years of learning. Forget that the hospitals were largely closed to people without a Covid-related malady. Forget about the preventable nursing home deaths. Forget that dentistry was practically abolished for a few months, or that one could not even get a haircut. Forget the stay-at-home orders, the church and business closures, the playground and gym closures, the bankruptcies, the travel restrictions, the firings, the crazed advice for everyone to mask up and physically separate, the record drug-related deaths, the mass depression, the segregation, the brutalization of small business, the labor force dropouts, the forced stoppages of art and culture, and the capacity limits on venues that forced weddings and funerals to be on Zoom.

Forget about a closer look at the bogus mathematical models, vaccine trials, the circumstances behind the Emergency Use Authorizations, the adverse effects, the inaccuracies of the PCR test, and misclassification of deaths, the billions and trillions of misdirected funds, the division of all workers between essential and nonessential, and the millions who were forced to get jabs they did not want. Forget about the possibility of a lab leak, the role of China, the deadly use of ventilators, the neglect of therapeutics, the near-banning of all talk of natural immunity, the overselling of the vaccine, the lost religious holidays, the lonely deaths due to the blocking of loved ones from hospitals, the censorship of science, the manipulated and hidden CDC data, the payments to the major media, the symbiotic relationship between government and Big Tech, the demonization of dissent, and the abuse of emergency powers.

Forget how health bureaucracies headed by political appointees took over the task of regulating nearly the whole of life, while messaging the country that freedom just doesn’t matter much anymore!

Who precisely benefits from this method of being “over Covid?” The unrepentant hegemon that gave us this disaster to begin with. They want to be in the clear. They don’t just desire to be exonerated; they don’t want to be judged at all. They want to be unaccountable. The best path toward that end is to foster public amnesia. I don’t just mean the Democrats. This calamity all began under a Republican president who still retains folk-hero status. Plus all Republican governors except one (Kristi Noem of South Dakota) bought into the initial lockdowns. They don’t want to talk about it either.

There is a vast machine extant that desperately wants everyone to forget. Not even forgive, just forget. Don’t think about the old thing. Think about the new thing instead. Don’t learn lessons. Don’t change the system. Don’t uproot the bureaucracies or examine why the court system failed us so miserably until it was too late. Don’t seek more information. Don’t seek reforms. Don’t take away powers from the CDC and NIH, much less Homeland Security.

Meanwhile, we live amidst a crisis without precedent. It affects health, economics, law, culture, education, and science. Nothing has been left untouched. The end of travel augmented every preexisting international tension. The wild government spending and the monetary accommodation of the ballooning debt, in addition to supply chain breakages, are all directly responsible for record levels of inflation. It’s much easier to blame Putin than it is to look at the failed policies of the US and many other governments in the world.

There are so many remaining questions. My own estimate is that we know about 5% of what we need to know to make sense of this whole disaster. What precisely were Fauci, Collins, Farrar, Birx, and the whole gang doing in February 2020 when they weren’t looking for early treatments? Why did so many prominent epidemiologists completely reverse their stated views on lockdowns? They flipped from being largely skeptical of coercive measures on March 2, 2020, to fully embracing the most egregious measures only a few weeks later. Moreover, there was clearly a conspiracy emanating from the top to smear dissenting scientists who later said that the lockdowns were causing vastly more harm than good. The people behind the Great Barrington Declaration were targeted by government and media for professional ruin.

When did the vaccine companies get rolled into the mix and under what terms? We need to know the when and why of the questioning and denial of natural immunity. Who was involved in this egregious and wholly inaccurate attempt to stigmatize those who rejected the vaccine? Where were the trials for generic therapeutics that the NIH is supposed to fund?

Why in general did an entire establishment choose panic, lockdown, and mandate over calm and the traditional practice of public health? I have my own questions. What were the conditions and the messages that led the printed pages (February 27 and 28, 2020) to spread absolute panic? This institution had never done this before in any previous pandemic. Why did it choose this path even weeks before Fauci and Birx started lobbying Trump to pull the trigger?

To put a fine point on it: how much money was involved?

What we need is a full timeline with every detail for two years. We need reparations for the victims. We need to take powers away from hundreds and thousands of leading politicians, scientists, public health officials and media executives.

What changed pandemic panic to a new calm is the force of public opinion. God bless the protestors, polls, and truckers. That is a great improvement but there is a long way to go to rekindle the love of liberty that can protect us next time. It’s not about left and right. We need a new understanding of public health, bodily autonomy, and essential liberties.

Some people want global amnesia and otherwise no change in the regime, no follow-up, no investigations, no connecting dots, no justice, no answers to burning questions.

And consider this. If we are so over Covid, why are people still being fired for not being vaccinated, including people with superior natural immunity? Why have the fired not been rehired? Why the masks on planes, trains, and buses? Why the continued quarantine rules? Why the restrictions on international travel? Why are children still forced to cover their faces? Why must everyone who wants to see a Broadway play be forced to cover up their smiles?

The remnants of restrictions, mandates, and impositions are there to serve as a reminder of the prevailing ruling-class attitude toward their policy choices. There are no regrets. They have done everything right. And they still have their thumb on you.

That is intolerable. By all means, forget about Covid and live life as normally as possible in defiance of those who live to foster fear. But, never forget the disastrous Covid restrictions that created such destruction. We cannot let anyone off the hook, much less pretend that the policy disaster that created billions of personal tragedies never happened.

The world we live in today – with worse health, economic dislocations, demoralized and under-educated children and youth, segregations and censorships, the unquestioned ubiquity of rules manufactured by the undemocratic administrative state, the instability and fear that comes with no longer trusting the system – is a far cry from the one that existed only a few years ago. We need to know why, how, and who. There are millions of questions that cry out for answers. We must have them. And we need to work to recover, rebuild, and insure it will never happen again. 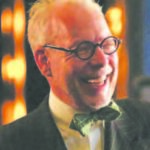 Jeffrey A. Tucker is Founder and President of the Brownstone Institute and the author of many thousands of articles in the scholarly and popular press and ten books in 5 languages, most recently Liberty or Lockdown. He is also the editor of The Best of Mises. He speaks widely on topics of economics, technology, social philosophy, and culture. tucker@brownstone.org.