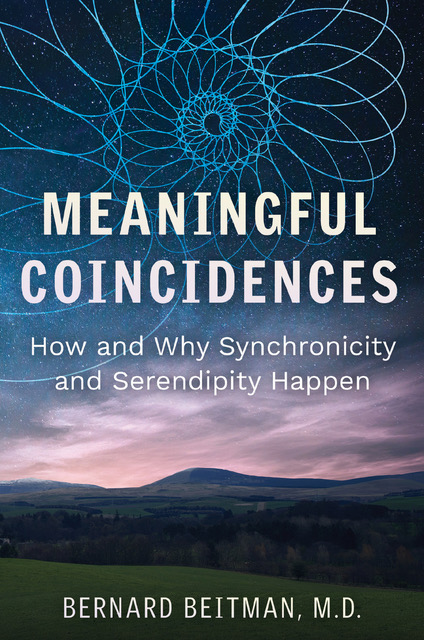 When I ask myself why I’ve embarked on a mission to establish The Coincidence Project, the simplest answer is that coincidences are fascinating. They jolt us into an awareness of mysterious connections between ourselves and the world around us. Synchronicity and serendipity can offer opportunities.

I am curious about how they work and what they can do. When I work on trying to figure out something about them and write about it, time passes quickly. I am immersed in the learning-entertainment interface.

They are also useful in ways most people never considered.

Psychotherapists can use them to treat patients; they can help people become self-aware and introspective, leading to positive changes. Coincidences have proven useful in professional development. People often “coincidentally” find exactly what they need when they need it. Coincidences have helped scientists make great discoveries. They have the power to comfort people, to aid healing from traumatic experiences. Through them, people can build stronger relationships.

Understanding coincidences can also help prevent their potentially harmful effects; sometimes people read too much into the coincidences they see around them. When a young woman with low self-confidence walks past a group of her peers and laughter erupts from the group, she may think they are laughing at her when they are actually laughing at a joke that has nothing to do with her. The “coincidence” of her walking by and the laughter erupting is meaningless though she wrongly ascribes meaning to it. Developing some measure of the meaningfulness of coincidences can help avoid such interpersonal distortions.

Sometimes coincidences are useful simply in the way they make us feel that the world is beautiful. A 24-year-old woman, upon experiencing an amazing coincidence without apparent cause and for no apparent use, described how it made her feel: “It was like when your mom pulls the sheet all over you, and it settles on you, and you feel you are in the right place.”

Studying coincidences is about tapping into all of these possibilities and disseminating the knowledge to bring benefits to many people in their daily lives.

Meaningful coincidences are not rare. My research suggests that coincidences are a part of many people’s daily lives—and could be part of many more people’s daily lives if they were to pay closer attention. Most people have experienced at least a few coincidences, and perhaps 30 percent of the population experiences them frequently. In the past 20 years, the number of books and papers on meaningful coincidences has expanded exponentially. Two movies about synchronicity are appearing in 2015, What Is Synchronicity? and Time Is Art: Synchronicity & the Collective Dream

Few people have considered before how useful coincidences can be in their professional and personal development.

People who are more aware of coincidences in their lives may better take advantage of “planned happenstance”—a term coined in the vocational counseling literature.

A study led by Jim E.H. Bright of the University of New South Wales showed 74 percent of participants had been influenced by a chance event in their career development. Such chance events included being in the right place at the right time, unexpected professional or personal connections, and obstacles in an original career path that led to a better path.

Coincidences are used in many different professions and could be better used if they were better understood. Studying coincidences makes them more user-friendly.

For example, a photo journalist at a news conference may delight in a coincidence that creates the perfect shot: Just as a police chief is talking about great progress in stopping the city’s corner-store thefts, a masked thief runs out of the store behind him followed by an indignant store clerk.

Filmmakers and writers often use coincidence. For example, In the 1942 movie Casablanca, Rick is jolted by the appearance of his lost Parisian love, Ilsa, as she walks into his nightclub in Algeria. “Of all the gin joints in all of the towns in all the world, she walks into mine,” he says. The rest of the movie unfolds in response to this coincidence.

Scientific discoveries have been made through coincidence. For example, penicillin was discovered through a series of coincidental events that started with bacteriologist Alexander Fleming’s runny nose accidentally dripping into a petri dish full of bacteria.

Aside from acting as sign-posts on the road to professional success, coincidences can also jolt us into self-reflection and growth. 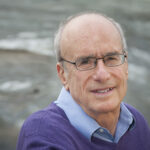 Bernard Beitman, M.D., is the first psychiatrist since Carl Jung to systematize the study of coincidences. A graduate of Yale Medical School, he did his psychiatric residency at Stanford University. The former chair of psychiatry of the University of Missouri-Columbia medical school for 17 years, he writes a blog for Psychology Today on coincidence and is the author of Meaningful Coincidences: How and Why Synchronicity and Serendipity Happen, and coauthor of the award-winning book Learning Psychotherapy, and the founder of The Coincidence Project, https://coincider.com/