Change is Good
No comments
10 shares 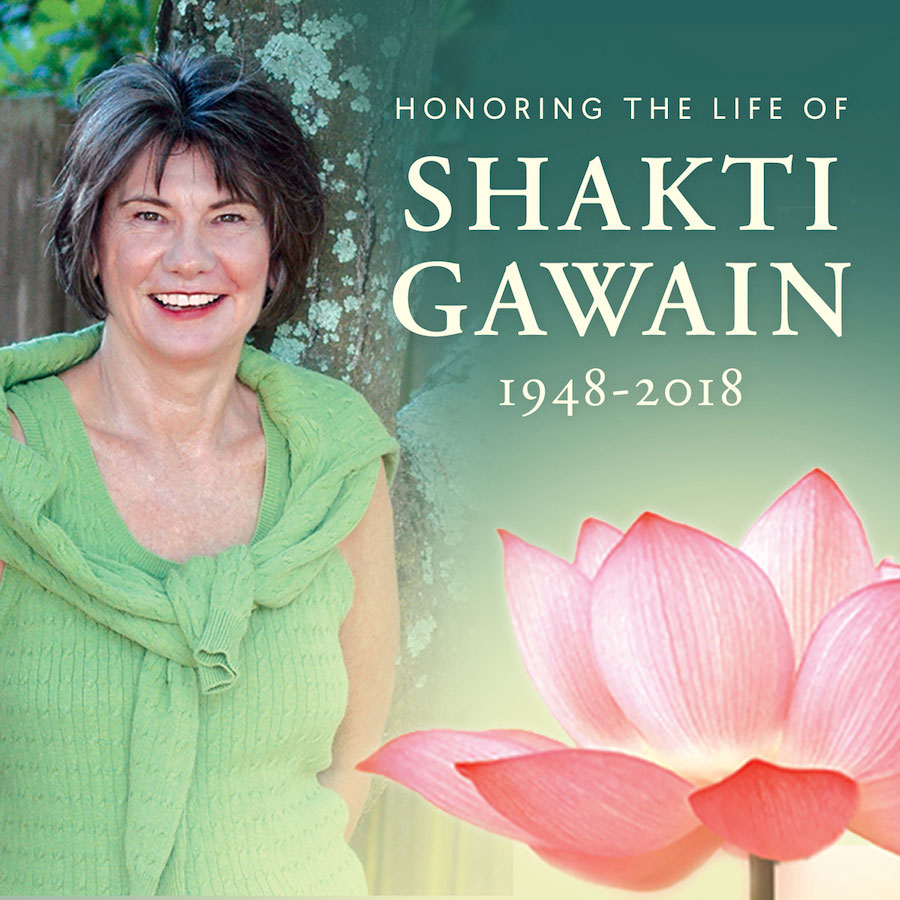 Beloved trailblazer and international bestselling author Shakti Gawain passed away on November 11, 2018. As the cofounder of New World Library​ and author of the books  Creative Visualization, Living in the Light, and many more, Shakti was a true pioneer in the field of personal growth and consciousness. Her work has facilitated countless individuals in developing greater awareness, balance, and wholeness in their lives.

We hope you’ll enjoy this excerpt from the 25th anniversary edition of her international bestseller Living in the Light, which we share in her loving memory.

Transformation begins on an individual level and moves out into the world. The more I’m learning to trust my intuition and act on it, and the more I’m willing to experience and accept all my feelings, the more the energy of the universe can move through me. As it comes through, it heals and transforms me and everyone and everything around me.

This is true for each one of us. The more you are willing to trust and be yourself, the more life energy will move through you. Everyone around you will benefit from your energy and begin to trust and be more themselves. In turn, they become powerful channels for everyone in their sphere of influence. And so, transformation spreads rapidly throughout the world.

You may have heard of the “hundredth-monkey phenomenon.” Although certain facts of this story are debated, I believe it is a powerful example of evolution and what is possible as we continue to focus on expanding our consciousness.

In Japan in 1952, scientists were studying the behavior of wild monkeys. The principal food of these monkeys was sweet potatoes. One day, they noticed one monkey do something they had never seen before — she washed her potato before she ate it. She repeated this behavior on subsequent days, and soon they noticed several other monkeys washing their potatoes before eating them. More and more monkeys began to do this. Then in 1958, after all monkeys on the island were exhibiting this new behavior, scientists on nearby islands began to report that monkeys on their islands were also beginning to wash their potatoes. There was no physical connection between the islands, and no one had transported any monkeys from one island to another.

This study illustrates something of overwhelmingly powerful importance for the human race and for our planet. Washing potatoes was a new level of evolution for these monkeys, and when enough of them had accepted it, it was apparently transferred to the monkeys on surrounding islands without any physical contact or direct communication.

So often we look at the world around us and feel terribly helpless to effect any significant positive change. The world seems so big, and in such a mess, and we feel so small and powerless. The hundredth-monkey story helps us to see how powerful one individual, or a few individuals, can be in transforming the world.

Because the world truly is our mirror, as we change, it must change. You can see this easily in your personal life. As you develop the habit of trusting and taking care of yourself, you will gradually release your old patterns. Soon you notice that your friends, family, and business associates all seem to be feeling and acting differently, as well. Things that previously frightened and upset you seem to have lost their emotional “charge.” Even the serious problems of the world, while they still concern you, may not seem quite as scary as before.

The reason for this shift is that you are beginning to feel the power of the universe inside of you. To the degree that you experience the presence of the universe in your own body, you don’t feel afraid. Of course, every time you open up to more power, more of the old fear gets flushed to the surface and released, so in the healing process, you will experience alternating states of power and fear. Gradually, however, a solid base of trust will be established within you. Others will feel this and in it will find the support to open up to more of their own power and truth. The people and things around you will reflect you in increasingly positive ways. The more light you allow within you, the brighter the world you live in will be.

Shakti Gawain (1948-2018) was a bestselling author and a pioneer in the field of personal growth and consciousness. The 40th Anniversary edition of her classic work Creative Visualization: Use the Power of Your Imagination to Create What You Want in Your Life was published by New World Library. For more information about her life and work visit http://www.shaktigawain.com.