When people are depressed, psychiatrists frequently don’t know how to help them. Lacking any real understanding of the nature of depression, they turn to a pharmaceutical that (at least for a time) serves as a crutch for lifting their patient’s spirits. The problem is that the chemicals administered mask the problem instead of address the cause and have primarily a placebo effect.

June 18, 2015, the day after the murder of nine members of an African Methodist Episcopal congregation in Charleston by Dylann Roof, President Barack Obama stood righteous, angry, but powerless as he sought to respond to yet another mass killing by a gunman. “I’ve had to make statements like this too many times,” he lamented, referring to the fourteen mass killings that occurred during his presidency.

Why is America a land of so many mass shootings? Researchers have identified a common thread that runs through not only almost every mass shooting but also many cases of isolated shootings and suicides. This thread is that “all of the perpetrators were either actively taking powerful psychotropic drugs or had been at some point in the immediate past before they committed their crimes.” (www.ammoland.com/2013/04/everymass-shooting-in-the-last-20-years-sharespychotropic- drugs/#axzz4ztoYqrzb) This is a stunning revelation, and it comes not from just a single study but from “multiple credible scientific studies going back more than a decade.”

Even more alarming is the fact that “internal documents from certain pharmaceutical companies that suppressed the information show that SSRI drugs (selective serotonin re-uptake inhibitors) have well known, but unreported side effects, including but not limited to suicide and other violent behavior.” (www.reviewjournal.com/local/the-strip/las-vegas-strip-shooter-prescribed-antianxiety-drug-in-june/)

Dylann Roof was taking a drug that has been linked to sudden outbursts of violence, “fitting the pattern of innumerable other mass shooters who were on or had recently come off pharmaceutical drugs linked to aggression.” Stephen Paddock, the Las Vegas shooter, “was prescribed an anti-anxiety drug in June that can lead to aggressive behavior.”

SSRIs don’t cure the depression for which they are prescribed; they only mask it. The fact is that these drugs are a substitute for a cure and are used only because psychiatrists don’t understand the real causes of depression and therefore don’t know what to do for the severely depressed.

It’s important not to confuse depression with the sadness and grief from life’s painful experiences. Current painful experiences, such as the loss of a loved one; natural disasters; physical or emotional trauma; frightening financial situations; marital and family challenges; a bully boss; and violent situations such as rape, beatings, theft, and war, cause much sadness, sorrow, grief, heartbreak, and feelings of helplessness. They always take considerable time to heal. These feelings are normal and should not be avoided in any way or suppressed with medication.

However, when you have never learned how to manage these painful life feelings and you then abandon yourself in the face of current challenging situations, you might also feel depressed. When the distress you experience is accompanied by self-abandonment, things can go awry. Life calls forth our capacity for resilience, which enables you to pass through painful times and come out the other side strengthened. However, if you haven’t learned how to lovingly manage painful times, you can easily sink into depression.

The last thing people need when going through a painful time is to deny the pain, burying it. Instead, they need the Divine support that helps them draw on their inner resources so that they can face these times with resilience and equanimity.

It was not that long ago when we thought having a “stiff upper lip” was the way people got through tough times. Today we have swung to the other extreme, whereby we don’t want anyone to suffer any degree of emotional discomfort and consequently drug them up with antidepressants to numb their pain. Neither approach is healthy. Neither promotes long-term well-being.

What prevents some of us from tapping into our resilience when life is distressing? Why can one person go through the grieving process and come out strengthened and another survives from day to day only with the deadening effect of psychotropic drugs? One reason is that many people have never learned how to lovingly manage their feelings. However, as I stated above, there is also a physical cause for the lack of resilience.

New research is revealing how an imbalance of intestinal flora can result in a toxic state that adversely affects the brain, often resulting in anxiety and depression. To illustrate how this works, I’ll use my former sugar addiction. On a physical level, a sugar addiction revolves around what’s going on in the digestive system. If we have more beneficial intestinal flora than harmful flora, we have a healthy gut and likely won’t crave sugar.

When I was young, my parents didn’t have access to the knowledge that clean, natural, organic foods nurture beneficial gut bacteria and that sugar and processed food-like products promote inflammation and the proliferation of microorganisms that are detrimental to us. So they did not understand that I had a sugar craving, which is one reason I was a sickly child. The other main reason was that my mother was given heavy antibiotics before I was born, so I likely started life with an unhealthy gut. When we indulge in sugary foods, along with other nonfoods on the shelves of our supermarkets, we stress the body, overloading it with toxins to the point that our systems are unable to eliminate them in the normal way.

When we add to this state of toxicity the almost constant stress so many of us are under (which produces its own toxic effects on body chemistry) and at the same time deprive ourselves of purifying elements—such as exercise, exposure to sunshine (to promote the uptake of the hormone we commonly refer to as vitamin D and other benefits of being outside, such as the high frequency of nature), adequate sleep, water that hasn’t been contaminated with chemicals (such as fluoride and chlorine), and a supply of macronutrients and micronutrients from wholesome organic fruits and vegetables—it’s not difficult to see how the gut microbiota can end up way out of whack.

The source of much illness is inflammation caused by sugar, super gluten, unsprouted grains, factory-farmed meats and produce, pasteurized milk and other pasteurized dairy, and the unhealthy processed fats from seed and nut oils (soybean, cottonseed, canola, and the like), resulting in an imbalanced gut microbiome. Contrary to what we were previously told, we need the natural healthy fats from avocado, olive, and coconut oils as well as other natural fats. One of the causes of Alzheimer’s is a lack of healthy fats. (Dr. David Perlmutter, Brain Maker Boston: Little, Brown and Company 2015 pp. 46 and 60.)

An impaired microbiome delivers toxins directly to the brain through the vagus nerve, which can result in anxiety, depression, and many other disorders. (https://www.ncbi.nlm.nih.gov/pubmed/24997031) Medication prescribed to ease these conditions does just the opposite, intensifying the toxicity and thereby exacerbating the condition. As Dr. Irving Kirsch reveals, antidepressants have a mostly placebo effect, and despite their much-touted and frequently prescribed status, they are simply not as effective as psychotherapy. (The Emperor’s New Drugs: Exploding the Antidepressant Myth, Random House, 2009, pp.101-148, and 163. Also YouTube https://www.youtube.com/watch?v=wNLoiKo8z3Y&t=3s)

Would it surprise you to hear that the supposed imbalance in the brain that antidepressants are intended to address is something the drug companies made up? The brain doesn’t need drugs to operate efficiently. Rather, it’s the imbalance in the gut that causes brain toxicity. (Dr. David Perlmutter, Brain Maker, Boston: Little, Brown and Company, 2015, pp. 81-87)

Through current research, we are increasingly coming to see just how extensively the microbiota that populate our gastrointestinal tract depend on the quality of our dietary choices for their ability to regulate the immune system. The types of carbohydrates, fiber, protein, and fats we ingest alter the composition of the gut microbiota. This in turn modifies how our food is processed and ultimately modulates our immunity and hence our vibrancy.

Few of us have any awareness of just how many aspects of our modern society destroy the healthy bacteria native to the human digestive system, leaving us not only physically but also emotionally vulnerable to the ravages of unhealthy bacteria, as well as to the various viruses that make their home in our bodies. So we see that research is revealing the direct connection between the gut and the brain and thus how junk foods create toxicity in the gut that goes to the brain.

In a nutshell, when the gut microbiome becomes sufficiently deranged, we too can become deranged. When you ask people at random about depression, they tend to say something similar to, “It’s a chemical imbalance in the brain.” Dr. David Perlmutter refutes this, asserting, “Two decades of scientific literature highlight the role of inflammation in mental illness, from depression to schizophrenia …” (Dr. David Perlmutter, Brain Maker, Boston: Little, Brown and Company, 2015, p. 75) He explains that our gut’s microbes control the production of inflammatory chemicals in the body, which in turn become factors that affect our mental health. He adds, “The connection between depression and the gut is not new information.”

By learning how to create a healthy gut, we humans can heal ourselves of much of our dysfunction without resorting to drugs to cover up the problem. Clearly, understanding and correcting the problems with our gut microbiota has implications for the wellbeing of our entire planet— indeed, for our ongoing evolution as a species. 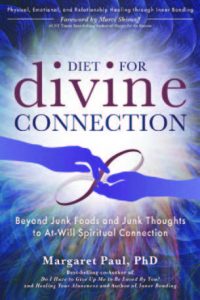 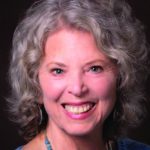 Dr. Margaret Paul is a bestselling author, popular MindBodyGreen writer and co-creator of the powerful Inner Bonding® self-healing process, and the related SelfQuest® self-healing online program— recommended by actress Lindsay Wagner and singer Alanis Morissette. She has appeared on numerous radio and television shows (including Oprah). Her book titles include Do I Have to Give Up Me to Be Loved By You (and subsequent titles Do I Have to Give Up Me to Be Loved By God, and…By My Kids), Healing Your Aloneness and Inner Bonding, and the recently published, Diet For Divine Connection and The Inner Bonding Workbook. Margaret holds a PhD in psychology, is a relationship expert, public speaker, consultant and artist. She has successfully worked with thousands and taught classes and seminars for over 50 years. Go to innerbonding.com/ welcome for a free Inner Bonding course and join Dr. Margaret for her “Love Yourself” Course at http://www.innerbonding.com/show-page/224/love-yourself-a-30-day-inner-bondingexperience.html.