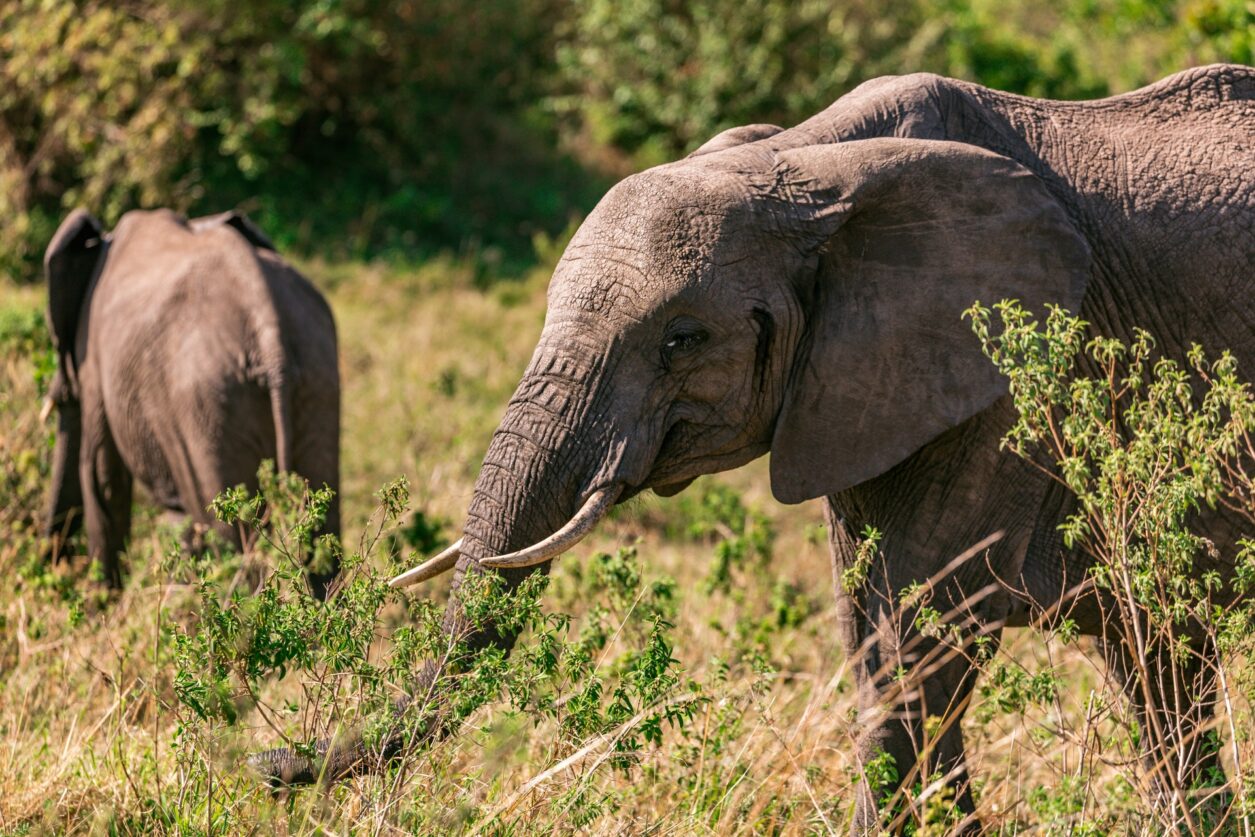 The parallels between the mistreatment of women and elephants in India are all too obvious. Despite the advancements, women are still exploited for dowry—money, goods, or an estate that a wife brings to her husband at marriage. Elephants are likewise subjugated and forced to perform in cultural festivals to quell man’s insatiable lust for material wealth and status quo. The common factors are greed, a lack of empathy, and lust for power.

In one of the chapters in my recently released book, Gods in Shackles – What Elephants Can Teach Us About Empathy, Resilience and Freedom, I takes readers through a journey that I embarked upon after witnessing the ruthless treatment of elephants. I felt a natural bond with them, as they triggered my own childhood struggles.

I met Ayyappan, a majestic bull elephant, in November 2014 when he was in his annual musth cycle. During this period, the testosterone and energy levels surge and the bulls are overwhelmed by the urge to mate. In the wild, they wander for hours on end and deplete their energies by mating and fighting with other bulls. But in captivity, their primal instincts are cruelly denied, and shackles tightened severely.

In his desperation to break free, Ayyappan began tossing palm branches and rocks at the mahouts. I learnt that in order to weaken him, Ayyappan was often deprived of food and water during his musth. No sooner, I picked up the hose and began hosing water at him from a safe distance. Ayyappan was so thirsty that he immediately opened his mouth and drank water desperately for nearly fifteen minutes!

Haunted by these injustices, I called his owner, and reported what I’d witnessed. He said, the mahouts were being monitored by a CCTV camera installed in his compound, but he couldn’t explain why Ayyappan was neglected so badly. In the ensuing weeks, I frequently phoned Menon, inquiring about the three elephants in his compound—Shiva Sundar, Ayyappan, and my beloved, Lakshmi.

One day, he casually told me that Ayyappan had been allowed to mate for the first time. Apparently, they had unshackled his front legs, and with his rear legs tethered to a cement pole, Ayyappan was told to mount Lakshmi, chained right next to him. Unable to bear my distress, I hung up the phone.

Menon had just told me that Lakshmi had been raped by Ayyappan! I was later informed that she tried to escape, but defenseless and chained, she was unable to move. She could not save herself and was forced to mate. Lakshmi must have been traumatized.

When a woman is forced into sex, we call it “rape” and the convict is severely penalized. In this case, Ayyappan is not the convict, but the people who facilitated this horrible violation should have faced serious penalties. Why should it be any different for an elephant, or any animal for that matter? Have we forgotten that humans are also part of the animal kingdom?

Rumours about Lakshmi’s pregnancy spread like wildfire. This was of grave concern as I’d read of captive elephants killing their young ones, not knowing how to handle them. In the wild, females of the herd rear the baby, very much like in human families. But Lakshmi had never seen a herd. Even if birthing was successful and Lakshmi embraced her calf, the baby would no doubt be at the mercy of ruthless human beings. People would torture and train and then exploit the innocent calf to make money. Fortunately, after a few nail-biting weeks, the medical results turned out to be negative and Lakshmi wasn’t pregnant after all.

Harassing women and treating them like a commodity is a social norm in India. In a horrific case that took place in January 2022, a woman was gang raped in broad daylight. According to media reports, it was a one-way love affair, in which a man had been pursuing a 20-year-old married woman who rejected him. Unable to take “no” for an answer, he committed suicide. In retaliation, the innocent woman was punished by the man’s family members who facilitated the gang rape and then paraded her on the streets of New Delhi, with a garland of shoes around her neck.

Another brutal gang rape of a young woman stirred a global outcry in 2012, after a 23-year-old student and her fiancé were returning home after the movies in a private bus. After the heinous crime, they inserted an iron rod into her vagina, beat up her fiancé, and tossed them both on the streets of New Delhi. The girl was transported to Singapore, where she eventually died. Although there were countrywide protests that resulted in the introduction of new anti-rape laws, little seems to have changed as rapes continue unabated.

How can we expect elephants to be treated with compassion in a country that condones the abuse and devaluation of women? It is a vicious cycle of abuse and subjugation of every vulnerable sentient being in a patriarchal society where dominance is celebrated.

Unless and until women and girls are cherished and respected, there is little hope for animals and the natural world. Remaining silent on these injustices will only perpetuate them. In doing my part, I not only broke my silence, but also created Voice for Asian Elephants Society (VFAES), to shed light on the dark truth behind glamorous caparisoned elephants, and protect the endangered Asian elephants.

Sangita Iyer is the author of Gods in Shackles book and producer of Gods in Shackles documentary, a multiple award-winning journalist and wildlife filmmaker, with a degree in Biology, and Masters in environmental education and communication. She is also the founder of Voice for Asian Elephants Society.