The Human Race
by Kevin Hancock 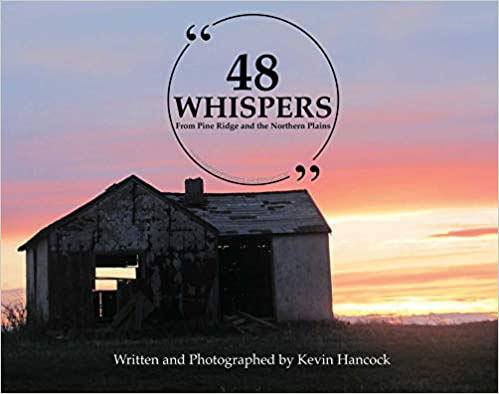 A lion sleeps in the heart of every man. – Old Turkish Proverb

As a CEO I have come to believe that the place of work needs a higher calling. Bigger, better, faster, more is no longer an appropriate top priority list for corporations around the world. Work needs more meaning. 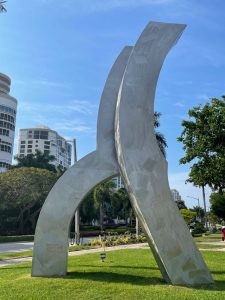 At the corner of a serene collection of shops and restaurants in the Park Shore neighborhood of Naples, Florida, stand two twenty-four-foot curved stainless-steel columns. At first glance this giant piece of minimalist art reveals little specific meaning. But upon closer inspection one can see the leg of not one, but two metallic humans. One is surging forward while the other lags behind. According to its creator, the work of art symbolizes the inherent competition between individuals, “whether in business or in other aspects of life.” The name of the sculpture is The Human Race.

If you don’t believe in the human soul and its transcendence beyond a single lifetime, for a moment just play along. I’ll begin by suggesting that souls incarnate with intention and mission. It’s a voluntary assignment and, as such, it has a purpose.

My friend, psychologist and evolutionary astrologist Deborah Dooley, lives near Stanford University in California. She is one of the most intuitive thinkers I know when it comes to seeing the human experience in the context of its spiritual purpose. She calls Earth the planet of fear and death, and in that story the human soul’s mission goes something like this . . .

Life eats life, the twentieth-century American mythologist Joseph Campbell was fond of saying. It is for an obvious reason far easier to name examples of mythologies of war than mythologies of peace; for not only has conflict between groups been normal to human experience, but there is also the cruel fact to be recognized that killing is the precondition of all living whatsoever: life lives on life, eats life, and would otherwise not exist.

Think, for example, of a male African lion in the prime of his vitality. That lion has a pride of females, lesser males, and cubs. That lion also has a territory, which he patrols, marks, and protects. That lion will fight any other aspiring adult male to retain or overtake control of a pride. That lion will even kill the young offspring of a vanquished rival so as to send the female back into a reproductive cycle that will bear his blood. All the while that lion and his pride will rise or fall on their ability to kill in order to eat, and therefore, survive. That lion shall reign only so long has he can be victorious in all of those roles.

This is the cycle of life on Earth, into which spirit incarnates. It must be a far cry from the resting place from which the soul came—that place the Sioux call “the world of spirit that lives beside this one.”

So why would souls incarnate, perhaps again and again—as many cultures believe—to voluntarily come to this planet of carnage, competition, and death? The answer is to see if those souls, embodied in human form, can ultimately transform this planetary conundrum over time, with love.

That’s our shared spiritual mission on Earth, and the wisest among us have prophesied it all.

In earth, as it is in heaven. —King James Bible

The heavens and the earth were joined together as one unit. —The Koran

Work out your own salvation. —Buddha

If we could change ourselves, the tendencies of the world would also change.  —Gandhi

If this was the collective mission of all souls, it would surely change the nature of human competition, for we would see ourselves on a shared journey. Competition, as captured in The Human Race sculpture, would still be essential for progress, but it would now serve a higher purpose.

Humanity must become more productive, innovative, adaptive, and creative in order to manifest abundance for all. But as we strive toward these goals, we must also bring more love and care for humanity into that competitive arena, so that the economic work of advancing humanity is also spiritually rewarding and uplifting.

But what about humanity? What is humanity’s irresistible mission, and who is prioritizing it? Let us see if a world based on “life eating life” can transform itself into a world led by love.

Ultimately, what I like most about adopting this mission is that it might actually work, simply by pretending that it is so. Transforming Planet Earth from a place of fear to one of love is the real Human Race and the responsibility for pursuing it must fall to every individual, community, and organization. This includes the place of work. Work needs a higher calling and advancing the human race, one human at a time, is a good place to start. 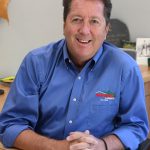 Kevin Hancock is an award-winning author and speaker. The CEO of Hancock Lumber Company, one of the oldest and best known family businesses in America, he is a recipient of the Ed Muskie Access to Justice award, the Habitat for Humanity Spirit of Humanity award, the Boy Scouts of America Distinguished Citizen award, and the Timber Processing Magazine Person of the Year award. Kevin is also a member of the Maine Indian Tribal State Commission. A frequent visitor to the Pine Ridge Indian Reservation in South Dakota, Kevin is an advocate of strengthening the voices of all individuals—within a company or a community —through listening, empowering, and shared leadership. The author of 48 Whispers and The Seventh Power, Kevin is also the founder of The Seventh Power, a non-profit organization dedicated to advancing economic sovereignty for native communities across America. 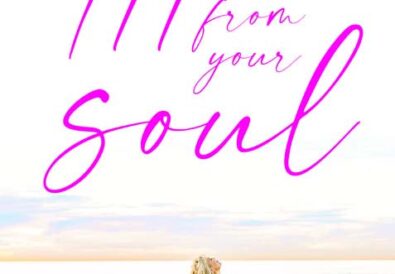 911 From Your Soul: Will You Answer the Call?
by Jeanine Thompson 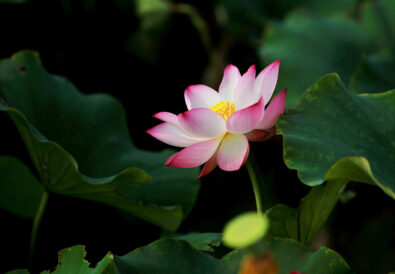 The Vital Importance of Inner Alignment
by Owen Waters 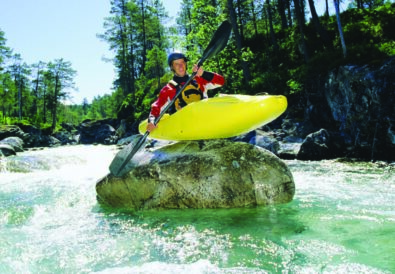 When Will Life Stop Being Such a Struggle?
by Ann Albers & The Angels