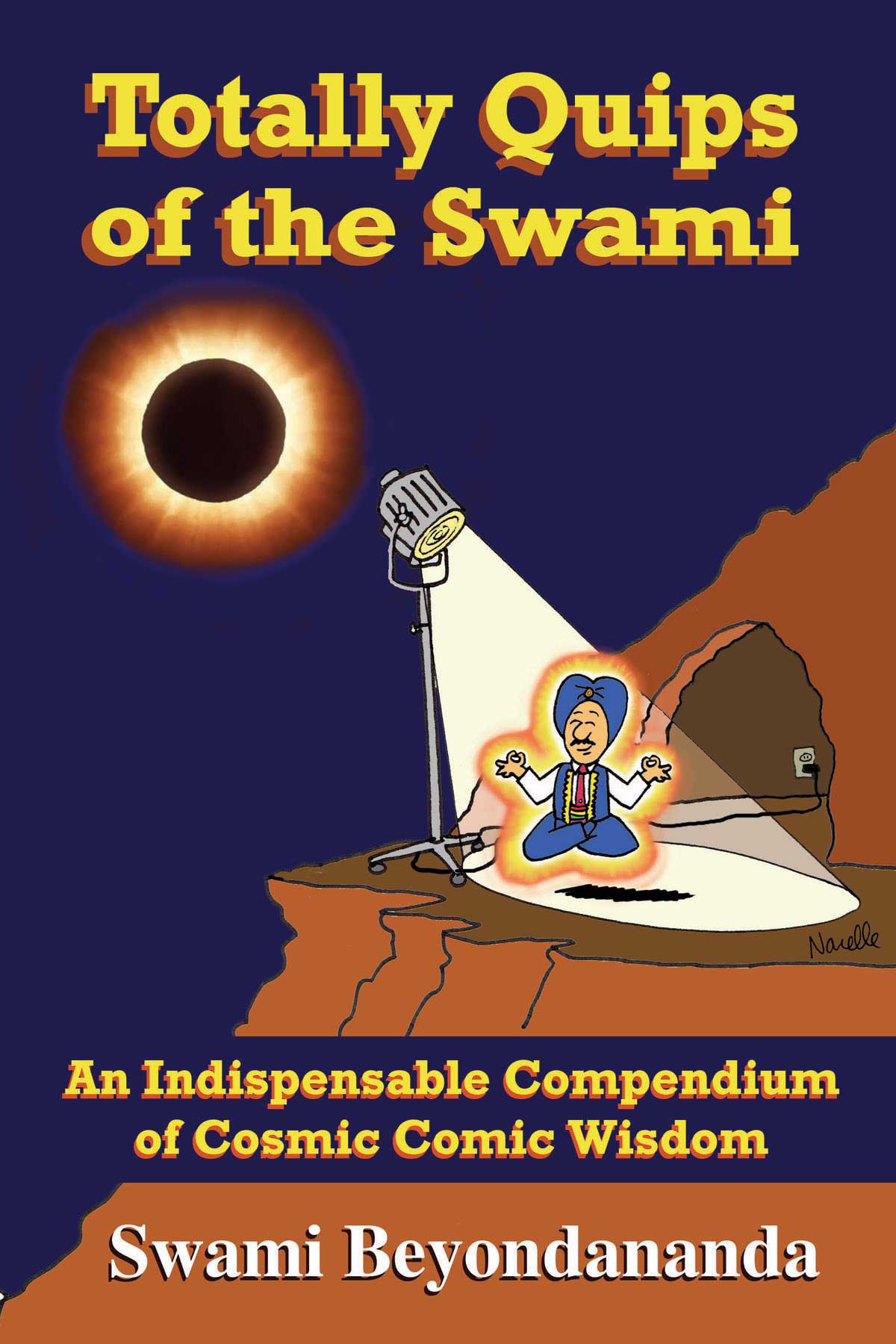 The truth shall UPSET you free.
— Swami Beyondananda

My cosmic comic cohorts in the Firesign Theatre said it in their 1974 comedy record: Everything You Know Is Wrong. Boy, were they right.

And that’s even truer when you are convinced everything you know is right. Take the “anti-vaccination” movement—or rather the anti-anti-vaccination movement. A couple of months ago, a “progressive” audience pretty much booed me off the stage when I made a peripheral reference to mandatory vaccinations maybe not being such a good idea.

I might have been one of those booing boors, had it not been for a posting by my esteemed colleague, Mark Crispin Miller, in 2016. Mark had his own “upwising” after the 2004 election when he published his book, Fooled Again: The Real Case For Electoral Reform.

The book offered ample evidence of electoral fixes in 2000 and 2004, including hacked voting machines. Mark eagerly awaited the positive reviews that would come from left stalwarts like Democracy Now and Mother Jones. But they never came. The response from the progressive press and the Democratic Party was deafening silence.

These entities were simply unwilling to take on the established order, where apparently the Democrats were supposed to be the final resting place for progressive votes. And while that party seemed willing to accept that fated role, Mark was not willing to go along with it. And he has become one of the few “alt left” journalists willing to call out the establishment on issues that are conveniently dismissed as “conspiracy theories.”

So when I read his post on the controversial movie, Vaxxed, dated April 2, 2016 my eyes were opened. Subsequently, I’ve watched the Truth About Vaccines video series, and was surprised to find that most of the doctors interviewed favored vaccines — but were alarmed at how many were given at once to young babies, how much money Big Pharma was making on the vaccines, how studies linking vaccines to autism and other conditions were suppressed, and how doctors who had any objections have been marginalized, ostracized, and worse.

Perhaps now that the pharmaceutical industry is being held accountable for the opioid crisis, there is the perfect opportunity to break the vaccination issue through the “soundless barrier.”

That’s why I was so excited to interview Del Bigtree, the producer of the aforementioned Vaxxed movie, which was supposed to air at the Tribeca Film Festival in 2016 but was withdrawn. You can read the “official” story in Wikipedia where you will notice they use loaded words like “pseudoscience” … “discredited” … “anti-vaccine propaganda film”, etc. Speaking of “discredited”, if reading this entry doesn’t evoke Pravda (the Russian word for “truth” that the Russian people recognized to mean “lies”) then … well, might as well leave Orwell enough alone.

Del Bigtree’s foray into the vaccine issue was anything but intentional. After spending a decade celebrating great doctors, cutting edge surgeries and medical breakthroughs, it was a routine investigation into the story of a whistleblower at the Centers for Disease Control and Prevention (CDC) that catapulted Del into the vaccine debate. When every news agency in television, including The Doctors, refused to cover the story of Dr. William Thompson, a senior scientist at the CDC who had provided over 10,000 documents to support his claim that the agency had destroyed scientific evidence proving a connection between vaccines and autism, Del put his career on the line and left network television to make one of the most controversial documentaries in history: Vaxxed: From Cover-Up To Catastrophe. The film made worldwide news when it was abruptly removed from the 2016 Tribeca Film Festival lineup under unprecedented pressure by the festival’s medical sponsor, The Sloan Foundation.

Del has since become one of the preeminent voices of the vaccine risk awareness movement around the world. He is the founder of the non-profit, Informed Consent Action Network (ICAN), and host of a rapidly growing internet talk show The HighWire, boasting over 33 million views to date. You can find out more about ICAN here.

As you will hear when you listen to the interview, there is overwhelming evidence that safety of vaccinations has been “assumed” but never proven, and that those who’ve questioned this unproven safety have been hounded, discredited and slandered as being “anti-science” (red meat for the progressive tribe). However if you look at this report from Union of Concerned Scientists about how Merck skewed the results of clinical trials in favor of the arthritis drug, Vioxx, to hide evidence that the drug increased patients’ risk of heart attack, perhaps the blinders will come off.

That was the other issue Del and I discussed in our interview … how difficult it is for non-sociopathic individuals to really get how “evil” operates, and why out of fear of opening a Pandora’s box, progressives will go along with their party line pretty much the way conservatives go along with their party line. The only way we will emerge from our nation’s current dark night of the soul is for awakening people from all sides to step up beyond their side’s narrative. Just as we call on conservatives to come out of their FOX-holes, progressives must come out of their NPR-holes and recognize that THEIR news is pretty much managed as well.

When a critical mass of the heretofore uncritical masses recognize how we have been conveniently divided by the culture wars, by wedge issues, and by a media that foments separation and misunderstanding … there will indeed be an upwising.

If you’re ready to have the veils lifted on the vexing issue of vaccinations, you can listen right here to my interview with Del Bigtree on Wiki Politiki Podcast.

ALSO … Please read the piece below on Functional Politics and send me your thoughts.

AND … Support the work we are doing to create an independent press and an “independents” movement, please also see below how you can become a founder, supporter and patron.

May we wake up laughing and wise up loving!

One more thing… How YOU and WE Can Make a Difference

Have you noticed that regardless of which of the two political parties you vote for, neither of them seem to be willing to confront Monsanto and agribusiness? Are you disgusted and frustrated by the stonewalling by the two-party duopoly? Are you ready to empower a truly effective “third-way” movement that can move the dial? Are you ready for … oxymoron alert … FUNCTIONAL POLITICS?

If so, go here to find out more.
Support Wiki Politiki – A Clear Voice In the “Bewilderness”
If you LOVE what you hear, and appreciate the mission of Wiki Politiki, “put your money where your mouse is” … Join the “upwising” – join the conversation, and become a Wiki Politiki supporter: http://wikipolitiki.com/join-the-upwising/

Make a contribution in any amount via PayPal undefined
Go ahead, PATRONIZE me! Support Wiki Politiki monthly through Patreon 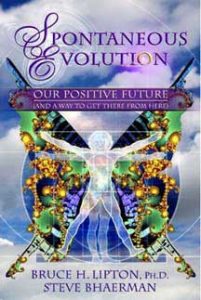 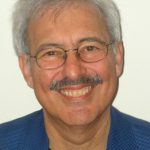 humorist, and workshop leader. For over 30 years, he has written and performed as Swami Beyondananda, the “Cosmic Comic.” Swami’s comedy has been described both as “comedy disguised as wisdom” and “wisdom disguised as comedy.” Marianne Williamson has called him “The Mark Twain of our generation.” On the “serious” side, Steve has co-authored Spontaneous Evolution: Our Positive Future and a Way to Get There From Here https://www.wakeuplaughing.com/epistore/?productId=73 with cellular biologist Bruce H. Lipton (Hay House, 2009). Steve’s show, Wiki Politiki can be heard on Om Times Radio (http://wikipolitiki.com/) and he’s online at http://www.wakeuplaughing.com/